A rare piece of good news for union rights 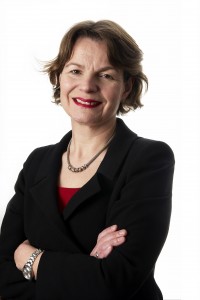 We report what looks to be a rare piece of good news for union rights in this weekâ€™sÂ LELR Weekly. The Employment Appeal Tribunal has ruled that where an employer intends making 20 or more employees redundant, the duty to consult collectively applies irrespective of how many redundancies there are in individual workplaces.

Itâ€™s always been a bit unclear what constitutes an establishment for collective bargaining purposes, but the EAT decision inÂ Usdaw and ors v WV Realisation 1 LtdÂ appears to mean that doesnâ€™t matter any more.

Â The case involved employees of the much-missed Woolworths and also those of the clothing retailer Ethel Austin, both of which went bust in 2008 with the loss of thousands of jobs.Management consulted in all but the stores that employed fewer than 20 staff, on the basis that the Trade Union and Labour Relations (Consolidation) Act 1992 (TULCRA) states that the 20 or more employees must be at â€śone establishmentâ€ť in order for the duty to apply.

But this has always been inconsistent with the European Union Directive that gave rise to TULCRA and which only required there to be 20 or more redundancies at â€śthe establishments in questionâ€ť.

So the EAT has ruled that the dutyÂ applies whereÂ an employer proposes to make 20 or more employees redundant, whether or not they are in the same workplaces.

Inevitably, employersâ€™ lawyers are in a tizzy about the financial implications for their paymasters. Although the judgment has not yet been published, they are interpreting it as having a major effect on collective redundancy law and that Â it will be a lot more expensive for employers to get rid of large numbers of workers if they have to go on employing themallÂ until the statutory minimum consultation period (now reduced to 45 days for 100 plus redundancies and 30 for 20 to 99) is over. They are already dreaming up ways of getting around this.

And no doubt they will go running to their friends in the Ministry, pleading to be freed from the tyranny of EU legislation which has imposed yet another burdensome requirement to do the right thing before booting unwanted workers out of the door.