TTIP – Who Governs: Governments Or Business? 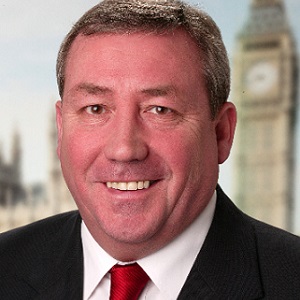 ItŌĆÖs a question that has grown in importance as we see multinational corporations casting their net across the globe. Who, in reality, makes the rules we live by?

ItŌĆÖs a question that has grown in importance as we see multinational corporations casting their net across the globe. Who, in reality, makes the rules we live by?

Big business is often at the heart of some lobbying scandal or conspiracy theories about who is at the top of the chain. But we are currently seeing a real-life attempt by companies to wield excessive influence over national governments.

The transatlantic trade and investment partnership agreement (also known as TTIP) is being negotiated in secret between the EU and US. Those in favour of the agreement say it will bring jobs and growth to both sides of the Atlantic.

But there is a growing body of people who are concerned about some aspects of the agreement.

TTIP will set up secret courts which will allow multinational corporations to sue governments if they think a law might harm their profits. This is a feature of many trade agreements, but when the US and EU states all have robust judicial systems in place, we must question why such courts are needed.

Negotiators insist that these courts are precautions, that it would not affect governmentsŌĆÖ ability to govern. But we are already seeing these courts in action in other trade agreements.

When Australia started looking at introducing plain packaging of tobacco, cigarette giant Phillip Morris was already suing the government for billions and seeking to have the legislation repealed.

When Germany began its nuclear phase-out, Swedish energy company Vattenfall announced that it was suing the government for 3.7 billion euros.

When Slovakia moved to restrict the powers of private insurance firms in the public health system, a number of insurance companies successfully sued the Slovak government.

These examples strike a chord, and highlight real concerns. Just two of LabourŌĆÖs key policies, a reversal of NHS privatisation and an energy price freeze, could cost the government billions in a world with TTIP. Even UK companies could set up subsidiaries in the States to sue their own governments for decisions such as these.

This is just one of the concerns I have about these negotiations, and the reason I have tabled almost fifty questions to ministers for them to answer over the recess.

Lobbyists have been arguing for TTIP for years, and a key reason is the power that these secret courts will give them.

We now need the public and members of EU parliaments to scrutinise this agreement in detail.

So I hope over the summer, ministers will answer my questions and ease my concerns about secret courts. And I hope they will answer my call for MPs to see the agreement.

Whatever the outcome of these negotiations, it is important we respect our democracies, and leave governments free to make the best laws for their citizens.