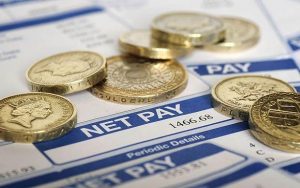 Unite has today (Monday 31 July) called on employers to urgently get their ŌĆśhouse in orderŌĆÖ over holiday pay after it secured a landmark legal victory meaning employers must now include voluntary overtime in holiday pay calculations.

TodayŌĆÖs decision by the employment appeal tribunal on an appeal by Dudley Metropolitan Borough Council is the first to confirm that payments for entirely voluntary duties, such as voluntary overtime, standby, call-out work and travel-time linked to that work, should be included in the calculation of workersŌĆÖ holiday pay.

It builds on a previous ground breaking case taken by Unite legal services in 2014 that resulted in a separate employment appeal tribunal ruling covering holiday pay for workers who are contractually obliged to do overtime.

TodayŌĆÖs ruling is of major significance to workers nationally, many of whom receive payments for voluntary duties while working, but do not receive those payments when they take holiday. It sets a legal binding precedent which employment tribunals across the UK are obliged to follow.

The case against Dudley council involved 56 Unite members employed by the council as tradesmen, including plumbers, electricians and carpenters, working on maintaining DudleyŌĆÖs housing stock.

They worked regular overtime, including on Saturdays, on a purely voluntary basis. They also elected to go on a standby rota every four weeks to deal with emergency call-outs and repairs.

In some cases their earnings for this additional voluntary work amounted to around ┬Ż6,000 a year on top of their basic salary. While they would receive these payments while working, these amounts were not included in their holiday pay. The underpayments of holiday pay suffered by each claimant varied depending on how much voluntary work they performed between around ┬Ż350 and ┬Ż1,500 per year.

Commenting, Unite assistant general secretary for legal services Howard Beckett, said: ŌĆ£TodayŌĆÖs landmark victory further clarifies the law on holiday pay and is of major significance to workers across the UK. It means employers must now include all earnings, including payments for voluntary duties and overtime, in calculating holiday pay.
┬Ā
ŌĆ£The ruling means unscrupulous employers no longer have carte blanche to fix artificially low levels of ŌĆśbasicŌĆÖ hours and then contend the rest of time was ŌĆśvoluntaryŌĆÖ overtime that did not have to be paid in respect of annual leave.
┬Ā
ŌĆ£Unite will be liaising with Dudley council and its legal team over reaching a satisfactory settlement for our members. In the meantime we would urge other employers who have been fleecing workers of their holiday pay to get their house in order or face legal action.
┬Ā
ŌĆ£Once again Unite legal services has shown that it pays to be a member of Unite and that it will leave no stone unturned in ensuring our members are not short-changed. I would also like to take the opportunity to thank law firm OH Parsons and Michael Ford QC and Mark Whitcomb from Old Square Chambers for pursuing the case on behalf of Unite legal services.ŌĆØ