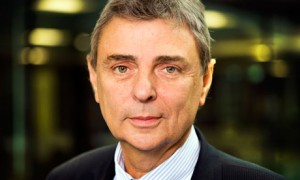 UnisonÂ haveÂ launched a new Judicial Review into the introduction of Employment Tribunal fees, following a hearing at the Court of Appeal.

The Lord Chancellor agreed with UnisonÂ that a new hearing should take place as soon as possible, in light of new evidence.

Ministry Of Justice statistics show a dramatic fall in clams being brought to Employment Tribunals and to the Employment Appeal Tribunal.

Prior to the introduction of fees, the Employment Tribunals received on average 48,000 new claims per quarter.

Figures for April to June 2014 show that in this quarter there were only 8,540 new claims – 81% fewer than the number of claims lodged in the same period of 2013, according to MoJ figures released last week.

“The statistics from the past year are damning and paint a shocking picture of tens of thousands of workers being priced out of justice. The Government must put an end to these unfair and punitive fees which disadvantage workers and open the door to unscrupulous employers.”

Since the introduction of fees on July 29, 2013, there has been an 86% drop in sex discrimination claims; and an 80% drop in Equal Pay claims.

Fees start at around ÂŁ160 to issue a claim, rising to ÂŁ250 a claim depending on the type of claim; which a further hearing fee starting at ÂŁ230 to ÂŁ950. Where claims are issued by a group, issue fees range from ÂŁ320 and ÂŁ460 (hearing fee). For a simpler â€śType Aâ€ť claim with 2-10 claimants to ÂŁ1500 (issue fee) and ÂŁ5700 (hearing fee) for a more complex â€śType B claimâ€ť with over 200 claimants.