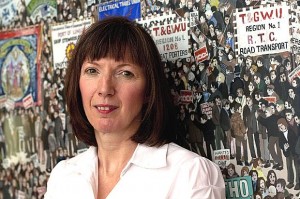 TUC General Secretary Frances O’Grady: ‘Much More To Do On TU Bill’

The TUC has published a detailed list of changes the government has been forced to accept to the partisan Trade Union Bill.

The TUC says “there is still some why to go â€“ but the bill is now much shorter â€“ shorn of some of the most damaging proposals”.

The government has to date has:

As the TUC says there are still some harmful proposals that could become law, including:

The TUC comments that the â€śnext step is to see if the Lords will insist on their amendments that the government refused. But even if the bill passes, there will still be arguments to come on the mass of secondary regulations and codes of practice still to be published.

And there will be a major battle around the proposals to remove the long-standing ban on employers using agency workers to break strikes. This was never part of the bill, but progressing alongside it. Itâ€™s disappeared for now, but we suspect it will be back.

â€śThere is more to doâ€ť says TUC General Secretary Frances Oâ€™Grady â€śbut union members everywhere can feel justly proud today in what weâ€™ve achieved â€“ and in what that tells us about the power, relevance and vitality of our trade union movementâ€ť.