TUC Says Government Have Made ‘Partial Retreat’ On Gagging Bill 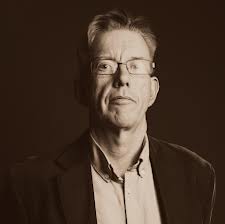 The TUC’s Nigel Stanley who is handling the TUC’s response to the Tory Gagging Bill aimed at making a “surgical strike” at unions, has described a Government statement on what many MPs are saying is a “dogs breakfast” as a “partial retreat”. Writing on the Touchstone blog site Nigel states: In the news cycle, late Friday afternoon is reserved for embarrassing admissions, U-turns and other things you want to say as quietly as possible.

That explains the timing of the governmentŌĆÖs announcement that they are making significant amendments to what has become known as the gagging bill.┬Ā To quote from the Cabinet office┬Āpress release:

ŌĆśAfter discussions with the NCVO and others, and in order to make the point as clear as possible whilst maintaining the reforms to electoral law, we now propose to revert to the situation as set out under existing legislation, which defines controlled expenditure as expenditure┬ĀŌĆ£which can┬Āreasonably be regarded┬Āas intended to promote or procure electoral successŌĆØ.ŌĆÖ

Of course careful examination of small print will be necessary and this is a quick initial response, but it looks like a significant retreat. No-one has ever said that activities such as the TUC Congress or a TUC demonstration need to be regulated under current law that uses this existing definition.

The worry with the BillŌĆÖs original wording was that it no longer tested just the┬Āintent, but had a vaguer definition which included subjective judgements about an activityŌĆÖs┬Āeffect.

But this change does not make the Bill acceptable.┬ĀPart 3┬Āstill wraps unions up in unnecessary red tape, breaches the privacy of trade unionists and may impact industrial action ballots ŌĆō already about as legally regulated as it is possible to get.

Part 1 that supposedly regulates lobbyists does no such thing. Its only purpose in life seems to be to tick a box in the coalition agreement.

And Part 2 still limits what the majority of people would see as legitimate campaigning by non-party groups, even if they are not things the TUC does as we would need a political fund so to do.

There were always three objections to Part 2. The first ŌĆō the vague and broad definition of what counts as ŌĆ£for electoral purposesŌĆØ ŌĆō appears to have gone. But that leaves sharply reduced limits (up to 70 per cent) on what third parties can spend both nationally and in constituencies. And in toxic combination with that, more activities will have to be costed and put towards that cap.

At present obvious election campaigning such as leaflets and adverts count against the cap, the Bill will include many more activities, policy work, rallies, transport and even media work. Staff time involved in these much less easy to define tasks will have to be fully costed too, as this counts against the cap, even though political parties do not have to count the cost of their staff time against their much bigger cap.

Most people see limits on big money in elections as a sensible way of stopping them being bought. But the government has made no case for the new limits and definitions, and they will have a big impact on broad and popular campaigns with a clear electoral focus such as work to reduce support for extremists and possibly local campaigns such as those for or against infrastructure investments. Yet the Cabinet Office are clear that the new caps will stay:┬ĀIt is important to reiterate that the Bill will still bring down the national spending limit for third parties, introduce constituency spending limits and extend the definition of controlled expenditure to cover more than just election material, to include rallies, transport and press conferences.

My reading of the Bill has always been that it was meant to smuggle in a surgical strike at trade unions and campaigns that the coalition parties fear under cover of pretend lobbying rules. But it was so badly drafted it brought together a huge civil society alliance. TodayŌĆÖs climbdown restores the Bill to its original intention, and it should still be withdrawn.

As TUC General Secretary┬ĀFrances OŌĆÖGrady┬Āsays today:┬ĀŌĆ£The poor drafting, muddled justification and expert condemnation that brought together perhaps the biggest ever coalition in public life made this retreat inevitable.

┬ĀŌĆ£But the problems with this Bill have not gone away as it still limits campaigns against extremist parties, breaches the privacy of trade union members and fails to open up lobbying. If ministers think that opposition will now melt away, they have another think coming.ŌĆØ