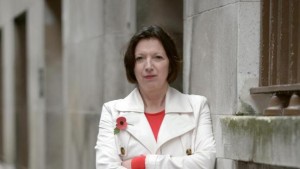 The Government suffered a triple whammy of defeats at the hands of the House Of Lords on March 16th when Peers voted 320 votes to 172 to back the recommendations of a cross-party committee insisting changes to political levy payments should only apply to new members of a trade union, not existing ones.

Unions and the TUC has called on the Government to scrap controversial union reforms after suffering a series of heavy defeats in the House of Lords over planned new laws.

Under the Trade Union Bill, union members would have to opt-in to paying the levy.

Trade unions would also be allowed a longer, 12-month transition period to introduce an opt-in system for new members, but current members would stick to the existing opt-out arrangements under the amendment to the Bill passed by the upper house as it debated the report stage of the legislation.

The Government also suffered a defeat on the introduction of electronic balloting for trade union industrial action.

Peers voted by 320 to 181 to commission an independent review of the idea and introduce pilot schemes.

They also called for amendments on planned changes to facility time, under which union officials are given time off work to conduct union business.

TUC general secretary Frances O’Grady said: “This is an important result for the six million trade union members across the UK. But it’s a bad day for the Government.

“These defeats should be the nails in the coffin of the whole Trade Union Bill.

“The Government has tried to force this bill through Parliament, ignoring objections from all sides of the house. Once again, peers have rightly held them back.

“The Government needs to think again and withdraw this damaging and divisive bill.”

Baroness Angela Smith of Basildon, Labour’s Leader in the House of Lords, said: “This resounding defeat at the hands of peers from all sides shows just how poor the Government has been in making its case for opt-in and an overhaul of the trade union political fund.”

Labour fears the proposed changes to the way political levies are collected could see it lose ÂŁ6 million of funding a year.