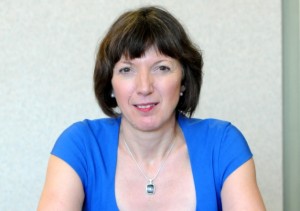 The Government has again back tracked on parts of the Trade Union Bill, after accepting a House Of Lords amendment on delaying changes to trade union political funds.

The Tories have now conceeded changes to the roll-out of political funds reforms, facility time, as well as accepting a trial for industrial action e-balloting.

The new rules, force trade unionists to ŌĆ£opt-inŌĆØ to the political fund, will still be introduced, but over a 12 month period rather than three months.

The Government have had to make concessions on the Trade Union Bill following changes made in that the House of Lords which forced changes to the proposals on check off of subscriptions. TUC General Secretary Frances OŌĆÖGrady welcomed the latest climbdown, but stressed that MPs should continue to oppose the bill in full.

ŌĆ£This is another victory for common sense. We are pleased the Government appears to have backtracked from implementing damaging changes to union political funds,ŌĆØ she said.

ŌĆ£These concessions follow months of lobbying from the TUC, trade unions and thousands of individual trade union members. And we are thankful for the support from peers of all parties and none.

“We are pleased ministers have listened to reason and committed to holding a review of electronic voting for strike ballots.┬Ā

ŌĆ£However, if online balloting is secure enough for the Conservatives to use to select their candidate for London Mayor, there can be no excuse for delaying its introduction for union members.

ŌĆ£It must be a case of when ŌĆō and not if ŌĆō trade unions are allowed to use modern balloting methods. We will continue to make this case forcibly.ŌĆØ

ŌĆ£Paid time off for public sector union reps to represent their members is granted by employers because it is good for staff well-being, improves communication and stops problems escalating into disputes.

ŌĆ£We welcome the range of concessions that the government has offered, but continue to oppose the Trade Union Bill in its entirety.ŌĆØ

ŌĆ£The Trade Union Bill still poses a threat to industrial relations. The TUC will continue to press for further changes to this divisive and unnecessary Bill, and urges MPs to oppose it in its entirety.ŌĆØ\

The government last week backed away from plans to ban workers from opting to pay their union subscriptions through payroll in the public sector ŌĆō the so-called ŌĆścheck-offŌĆÖ system.

Angela Eagle, shadow Business Secretary,┬Āsaid:┬ĀŌĆ£After months of campaigning by the Labour Party and trade unions, it is welcome that the Government have thought again on changes to political funds and taken account of the proposals from peers of all parties and none in the report of the House of Lords committee, which was initiated by a motion from LabourŌĆÖs lords.

ŌĆ£Despite the concessions from the Government, Labour remains opposed to the Trade Union Bill. It is entirely unnecessary and is bad for workers and businesses.ŌĆØ

Eurosceptics have claimed that the Government is backing down on parts of the TU Bill in order to secure the support of unions who are being forced to deal with issues related to check 0ff rather than campaigning for the Remain side in the Referendum.