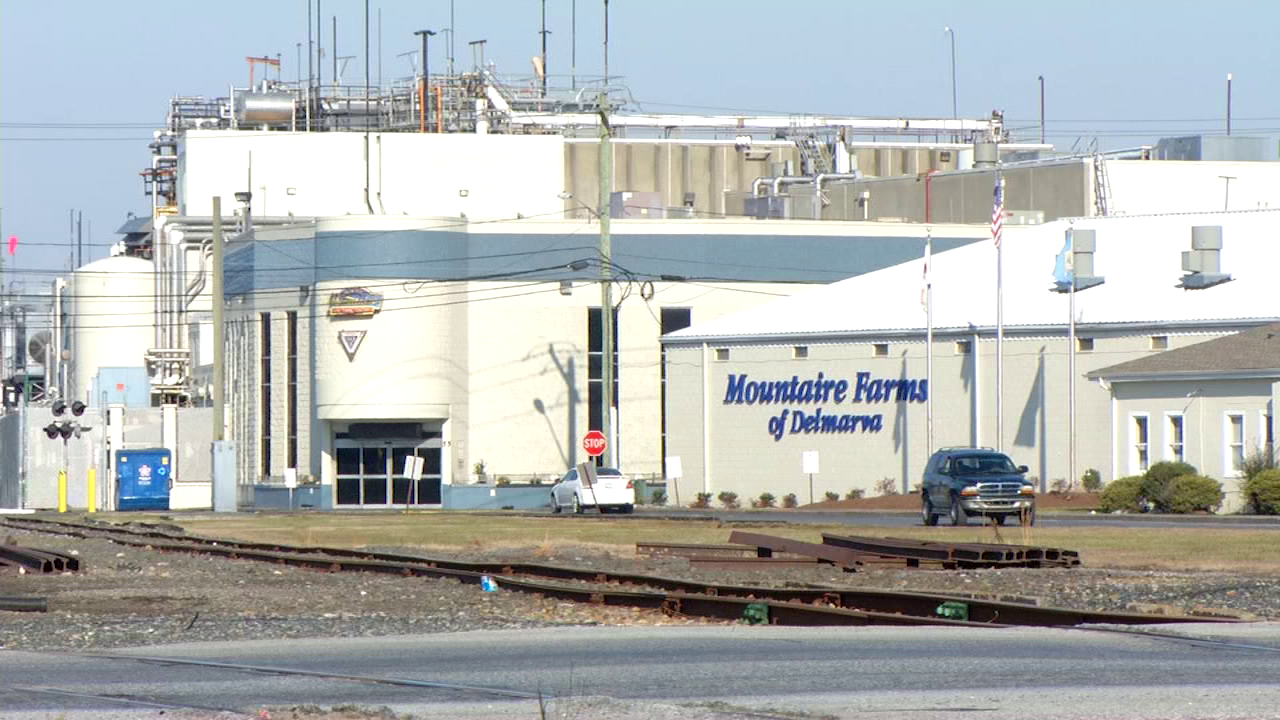 The US National Labour Relations Board, now with a majority of Trump appointees is considering killing off a legal precedent that has protected unions since the NLRB‚Äôs introduction by Franklin D. Roosevelt.

One professor of labour law said he was stunned when Trump‚Äôs NLRB¬Ýannounced¬Ýthat it would review the precedent. An AFL-CIO lawyer indicated that it is ‚Äòhighly likely‚Äô that the NLRB will at least ‚Äònarrow its scope‚Äô.

The upcoming NLRB review arose from a dispute between a United Foodworkers Local 27 union representing 800 Delaware poultry workers and a Trump ‚Äòmega donor‚Äô who owns the Mountaire Selbyville poultry plant where workers have unionised.

Many workers are immigrants and according to legal filings, about two-thirds have required documents to be translated into Spanish or Haitian Creole.

The dispute has been joined by lawyers for a national right-wing group, the National Right To Work Committee ¬Ýfunded by right wing conservatives¬Ýthat has long opposed the FDR New Deal-era precedent.

Currently when a union and employer sign a contract, (recognition agreement) the board has ruled that the contract bars attempts to decertify the union until at least three years later, or after the contract expires.

Without this precedent, known as the ‚Äòcontract bar doctrine‚Äô, rich companies or even third parties could hit a union with one vote after another to decertify the union as the workers’ representative.

Even if the decertification votes fail, the repeated attacks on the union could become a major strain on union resources. Unions nationwide are already bracing for impact. The record of the current NLRB – all appointed by Trump – has unions expecting a setback.

As AFL-CIO General Counsel Craig Becker said: ‚ÄúThis NLRB board is very aggressive in its attempt to displace unions and so it‚Äôs highly likely that they‚Äôre gonna cut back on the contract bar rule in some way.‚Äù

Becker said that: ‚ÄúOne of the arguments in favour of these bars is it gives both sides an incentive to be reasonable – as opposed to feeling you‚Äôve got to fight to the hilt about everything.‚Äù

With the contract bar doctrine, unions have some room to make reasonable concessions. For instance, if an employer complains about a bad worker, union leaders don‚Äôt have to fear an immediate member uprising if they agree to address the employer‚Äôs complaints.

Becker‚Äôs not alone in claiming the contract bar doctrine benefits both sides. The doctrine ‚Äúalways had the support of not only unions, but employers. The only one‚Äôs who doesn‚Äôt like it is the right wing anti union National Right To Work Committee,‚Äù said Martin Malin, professor of law and co-director of the Institute for Law and the Workplace at the Illinois Institute of Technology Chicago-Kent College of Law.

Malin said that the contract bar doctrine is ‚Äúmeaningful for unions, but it‚Äôs also meaningful for employers. You could have a race where one union is seeking to take over for another – it‚Äôs a potential minefield for employers?‚Äù

Neither Becker or Malin would say with certainty what effect losing the contract bar doctrine might have. According to Becker, it could give employers ‚Äúmore of an incentive to try to create dissatisfaction with the union as opposed to trying to have a productive relationship.‚Äù

Malin said the impact of losing the precedent ‚Äúall depends on how often decertification is tried and that‚Äôs really hard to gauge.‚Äù

The answer, Malin said, could depend on the National Right to Work Committee. The group’s legal foundation requested the NLRB review. ‚ÄúWhat‚Äôs the Right to Work Committee‚Äôs next move going to be? Lots of active decertification campaigns? It‚Äôs something that unions will then have to devote resources to deal with.”

Either way, a negative ruling would be ‚Äúone of those thousand cuts: Death by a thousand cuts,‚Äù Malin said.

Both he and Becker referred to the NLRB‚Äôs recent¬Ýdecision¬Ýto let union elections proceed even when allegations of unfair labour practices have yet to be settled. The NLRB is¬Ýexpected¬Ýto implement that decision at the end of this month.

Both the NLRB and NRTWC have been called out for going beyond even what employers are seeking.

‚ÄúThis board is notorious for reaching out beyond what the parties are arguing,‚Äù said Becker, the union lawyer. ‚ÄúThey‚Äôve basically done everything they can to obliterate the last eight years of precedent–but now they‚Äôre going back even farther.‚Äù

‚ÄúThe NLRB board–as this board has often done–is seizing on a narrow question and using it to issue a broader ruling,‚Äù Becker said. ‚ÄúIt looks like even the employer wasn‚Äôt arguing to abolish the contract bar.‚Äù

Instead, the contract bar challenge arose in late April, from the NRTWC. In an April 28th¬Ýfiling, NRTWC lawyers advocated for the NLRB to ‚Äúoverrule or greatly narrow‚Äù the contract bar doctrine.

The NRTWC argued that barring do-over elections thwarts the primary goal of the original National Labour Relations Act: Employee free choice. The NRTWC touts its main goal as defending individual workers from what the group refers to as forced unionization.

However, Malin said: ‚ÄúTrying to create chaos in stable collective-bargaining relationships has nothing to do with what they claim their main activity is.‚Äù

Referring to the NRTWC as ‚Äúmore like a wolf in sheep‚Äôs clothing,‚Äù Malin said, ‚Äúa lot of positions they take go beyond simply advocating statutes or the courts against union security arrangements.‚Äù The NRTWC did not respond to a request for comment or questions about its involvement in the dispute.

Malin said the NRTWC has lost its suits on other labor issues, but that ‚Äúit has cost the unions lots of money to defeat those claims.‚Äù

‚ÄúThe Right to Work Committee bills itself as a public-interest law firm protecting the rights of individual workers, but their funding comes almost entirely from employers and employer organizations, groups like the Koch Brothers,‚Äù Malin said.

Mountaire‚Äôs owner and chairman, Ron Cameron, has a long history of funding right-wing causes but reportedly¬Ýfailed to convince¬Ýthe Kochs to back Trump this year.

Mountaire‚Äôs workers are represented by the United Foodworkers Local 27 has been at odds with Mountaire on several fronts.

And the vote on whether to decertify Local 27 comes amidst a pandemic that has stricken an unknown number of Mountaire workers. Mountaire stopped disclosing infection numbers, but¬Ýtold the NLRB¬Ýthat one month after ostensibly implementing coronavirus mitigation measures, 34 more workers – all asymptomatic – tested positive.

The NLRB is now reviewing Local 27‚Äôs challenge to the ongoing mail-in election. Ballots on whether to decertify the union must be¬Ýreceived by 3pm on July 14. If the union succeeds in quashing the election, the votes will not be counted.

But regardless of how the Mountaire vote goes, the NRTWC could still win a national victory against organized labor if the NLRB strikes down the contract bar doctrine.

When the NLRB said it would review the contract bar doctrine, it said it would solicit briefs on the matter. According to Becker, the NLRB‚Äôs language seeking those briefs could reveal a lot, by indicating whether the board is looking, for instance, at shortening the three-year bar against decertification elections, or eliminating it entirely.

In contrast to rulings where the NLRB did not even seek outside comment, Becker noted that, ‚ÄúIt actually looks – uncharacteristically for this board – that they‚Äôre doing this in an open way and letting people file briefs.‚Äù

‚ÄúThis board has rarely done that,‚Äù Becker said. Typically, he said, ‚ÄúThey‚Äôve gone in and ripped up precedent willy nilly.‚Äù