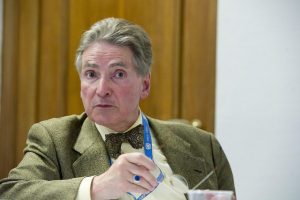 ŌĆ£Trade deals prepared and negotiated in secret, excluding key stakeholders such as labour unions, consumer associations, health professionals and environmental experts and now parliaments, have zero democratic legitimacy,ŌĆØ said the UN Independent Expert on the promotion of a democratic and equitable international order.

Mr. de ZayasŌĆÖs call comes as the European Commission is reportedly preparing to treat the Comprehensive Economic and Trade Agreement (CETA) deal with Canada as an ŌĆśEU onlyŌĆÖ matter which, if adopted, will exclude ratification by every national Parliaments in the EU, according to leaked documents and recent media reports that the Independent Expert discussed with various EU stakeholders.

ŌĆ£In view of the increasing vocal opposition by civil society organizations, a thorough open discussion should be carried out by national parliaments and referenda should be organized in all countries concerned,ŌĆØ Mr de Zayas said. ŌĆ£Disfranchising the public from participating in this important debate is undemocratic and manifests a profound disregard to peoplesŌĆÖ voiceŌĆØ.

An earlier consultation conducted by the European Commission in 2014 resulted in 97% of respondents from across Europe expressing opposition to the inclusion of asymmetrical investment protection in Transatlantic Trade and Investment Partnership (TTIP) with the USA. ŌĆ£The same would apply to CETA, but no consultation was ever held,ŌĆØ he noted.

In the light of the European Council on 28th – 29th June , the expert called on States to respect their human rights obligations. ŌĆ£The human rights treaty regime entails binding obligations that States must observe,ŌĆØ the expert said recalling the International Covenant on Civil and Political Rights, the International Covenant on Economic, Social and Cultural Rights, the European Convention on Human Rights, the European Social Charter, and the American Convention on Human Rights.

The Independent Expert noted that it is not for the State to guarantee profits to investors or transnational enterprises, but to legislate and regulate in the public interest. ŌĆ£The State cannot divest itself of this responsibility to act to protect populations under its jurisdiction by adopting precautionary health and environmental measures, by regulating labour standards and by ensuring food security,ŌĆØ he said.

ŌĆ£Trade agreements should only be ratified after human rights, health and environmental impact assessments have been conducted, which has not been the case with regard to CETA and TTIP,ŌĆØ Mr. de Zayas said.

ŌĆ£Ratification of CETA and TTIP would start a ŌĆśrace to the bottomŌĆÖ in human rights terms and would seriously compromise the regulatory space of states. This is contrary to the Purposes and Principles of the UN Charter and would constitute a serious obstacle to achieving a democratic and equitable international order,ŌĆØ the UN Independent Expert concluded.