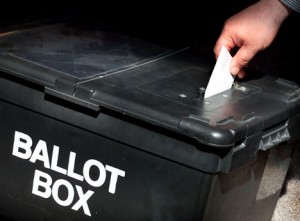 Tory plans for further restrictions on the right to strike have been roundly condemned from several quarters. Proposed new rules will apply to industrial action in the health and fire services, as well as education and transport.

Under the proposed changes, industrial action will be lawful only if it has the support of at least 40% of those balloted, in addition to the existing requirement that the action should have the support of a majority of those voting.

There are lots of reasons why this proposal is wrong, not least because it represents an effective ban on the right to strike in the public services, without making alternative arrangements for dispute resolution. The effective ban would be built on a â€˜democratic outrageâ€™ according to the TUC, by imposing demands on trade unions that appear to make even Vince Cable blush.

The business secretary is reported as having criticized a voting threshold (40% of eligible voters) that most MPs would fail to meet.

This condemnation is no doubt fuelled by the fact very few other countries have strike ballot requirements of the kind now being proposed.

That said, Britain would not be unique, though predictably the Tory proposals are at the high end of what operates elsewhere. Notably, in Australia the ballot threshold is effectively 25% plus 1, in the sense that at least 50% of those eligible to vote must do so before a strike ballot can lawfully authorize protected industrial action.

The position is different in the Czech Republic and again in Denmark, two of the few EU member states to have thresholds. According to the European Trade Union Institute (ETUI), strikes in the Czech Republic require the consent of at least one third of those eligible to vote, while in Denmark the action must be supported by at least 75% of those taking part in the vote. In the Danish case, these requirements arise from collective agreements rather than legislation.

So far as we are aware, unequivocally higher thresholds than those proposed by the Tories are to be found only in Bulgaria and Romania, where it is understood that the law permits industrial action only if it has the support of a majority of those eligible to vote (that it is to say 50% plus 1).

In the case of Bulgaria, however, the law has been criticized by the International Labour Organisation (ILO) as being inconsistent with Bulgariaâ€™s legal obligations under international law.

Trade unions in Bulgaria complained that the statutorily imposed ballot thresholds violate the right to strike as protected by ILO Convention 87 (on freedom of association and the right to organize). The ILOâ€™s Committee of Experts (an independent body of jurists which supervises the operation of ILO Conventions) agreed, and has reminded the government of Bulgaria of its legal obligations under ILO Convention 87, on a number of occasions since.

Thus, the Committee has rejected the Bulgarian governmentâ€™s claim that its strike ballot threshold was â€˜liberal in characterâ€™, and that â€˜any attempt to amend it may infringe its democratic approachâ€™. Under international law, in strike ballots â€˜account should only be taken of the votes castâ€™, while any â€˜required quorum and majority should be fixed at a reasonable levelâ€™. Consequently, the Bulgarian government was urged to change the law â€˜in order to bring it into closer conformity with the principles of freedom of associationâ€™.

It seems, however, that the Tories are not alone in promoting ballot thresholds. The Bulgarian solution appears to have won support in Athens as well as in London, the Greek press reporting that restrictions actively proposed by conservative politicians would see Greece follow Romania, with Bulgarian-style thresholds.Â

It is unclear to what extent, if any, the Troika is driving this initiative, though the latter continues to be deeply involved in directing internal Greek politics.

A Syriza victory would of course put an end to this nonsense. But should it emerge that the measures are Troika inspired, it will provide further deeply damaging evidence of the drift in European Labour Law away from legality, as the neo-liberals tighten their grip on the EU. Indeed, if the Troikaâ€™s fingerprints are to be found on the Greek proposals, British Tories will be able to claim (albeit implausibly) that their initiative is much more measured â€“ the threshold is â€˜onlyâ€™ 40%, and applies to strikes in â€˜onlyâ€™ four sectors.

The Tories will no doubt also claim (on this occasion not altogether implausibly) that the Blair and Brown governments sold the pass of principle, in the not unrelated field of trade union recognition ballots. There it will be recalled, a simple majority PLUS 40% of those eligible to vote is necessary in ballots under the statutory recognition procedure.

And of course New Labour made resistance to the current proposals even more difficult to challenge politically by cementing the currency of 40% in the Information and Consultation Regulations, as the going rate in British labour law for contentious ballots.

Here it will be recalled that it is necessary to secure 40% support to remove what the regulations refer to as â€˜pre-existing agreementsâ€™. As might have been predicted, a few chickens are now coming home to roost.

One possible response would be to say (at least in the case of trade union recognition) that the balloting takes place at the workplace, in secret and under the supervision of a qualified independent person. A similar procedure in the case of industrial action ballots would at least have the virtue of addressing the problem of low voter turnout under a statutory procedure that currently permits postal voting only. As they stand, the latter procedures are guaranteed to ensure that thresholds are not met.

But whatever fun the Tories enjoy at New Labourâ€™s expense, the fact remains that what they are proposing is not consistent with international legal standards. A threshold of 40% almost certainly breaches the principles set out by the ILO Committee of Experts in the Bulgaria case. In addition, the effect of the proposals will be to ban strikes that do not meet the threshold in the four sectors concerned, as an indirect way of imposing a ban on public sector strikes.

The only action that may be banned under international law is that which relates to workers in essential services, a term that is not synonymous with working in the public services. And while it may well be possible as a matter of international law to impose restrictions on such workers because of the nature of the work they do, it is possible to do so only if the government puts in place independent, binding arbitration to compensate workers for the right they have lost. That does not appear to be on the Tory agenda.

These proposals should be resisted. They have nothing to do with democracy. Quite the opposite. They are designed to remove a democratic right from millions of workers. For the sake of doubt, while we accept that the balloting procedures should be reformed (indeed in the interests of freedom of association they should not have been imposed by the State in the first place), we also believe that the promise of balloting reform should not lead trade unions to accept ballot thresholds of any kind.