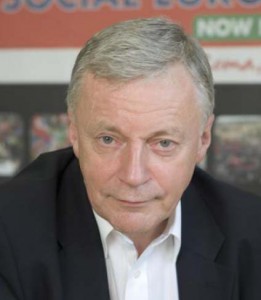 Today, the Lords will debate Part 3 of the Lobbying Bill ‚Äì brought forward to fill the gap caused by the agreed ‚Äòpause‚Äô to allow further consideration of Part 2. And if you thought that, with just about every major charity that Part 2 was bad, take a look at Part 3 too. This requires larger unions to independently assume their membership gives new power to the state to access trade union membership records and allows third parties to make complaints.

But why is this a legitimate priority for the Coalition? Are there significant complaints about union membership records? Well, there were six between 2001 and 2005, of which five were dismissed by the Certification Officers (the union regulator). There have been few since.

Is there a lobby for the Bill? Freedom of Information requests have revealed that no one ‚Äì not even groups traditionally hostile to trade unions ‚Äì has asked for this measure. No minister, no official, has been able to give a cogent explanation for why this new power is needed, nor why the already extensive regulation is inadequate. The extra costs involved to unions are at least around ¬£500,000.

Peers should know that the Regulatory Policy Committee (RPC ‚Äì the ‚Äòred tape‚Äô committee), which is business-led, has given Part 3 a rare red rating.¬ÝThey say:¬Ý‚ÄúThe impact assessment [IA] lacks a sound evidence base and is insufficiently robust to justify RPC validation of the estimated costs to civil society organisations (trade unions). The IA needs to provide a more detailed assessment of all likely costs to trade unions, including all familiarisation costs and recurring costs to small unions. The assessment should be supported by further evidence that was gathered from consultation with stakeholders, in particular quality answers.‚Äù

(Incidentally, one of the RPC’s other rare red ratings was the Coalition’s ‘shares for rights’ proposal.)

When I was as the TUC, we experienced wave after wave of anti-union legislation so that by common consent, we are the most tightly regulated trade union environment in the West. When the then Conservative employment ministers, the now Lords Tebbit, King and others, were busy introducing new curbs, we did not like them ‚Äì but at least we knew why there were doing it. This time around, their ministers are doing more union bashing without justification or fair reason ‚Äì just prejudice. It is unworthy of a British government to act against a section of our community that 78% of our population, according to a recent poll, regard as essential ‚Äúto protect the interests of workers‚Äù.

So, today I will ask all fair minded Peers to oppose Part 3 of this bill, and to subsequently help vote it down when we reach the Report stage early next year. As with Part 2, it is deeply flawed.