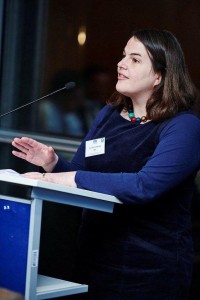 On July 9thÂ an embattled European Parliament was at last given the chance to vote on a huge trade deal currently being negotiated between the European Union and the United States. If passed, the Transatlantic Trade and Investment Partnership, or TTIP as it is known, will be the biggest agreement of its kind, representing nearly half of the world’s GDP and a quarter of global trade. After months of intense negotiation and infighting, culminating in a particularly fraught two weeks of compromise and counter-compromise, all came down to just over an hour of voting in Strasbourg this afternoon.

This wasn’t the final vote on TTIP, mind. Rather, it was a set of recommendations to negotiators in the European Commission on what we would like to see go into this colossal trade deal, and what we would reject once the final text of the agreement is agreed. There was much questioning over whether this resolution would ever be passed: even by most trade deals’ standards, TTIP has proven to be one of the most controversial subjects ever to reach the Parliament. However passed it was, and with a huge majority.

The resolution that will be submitted to the Commission contains much that is to be celebrated. Thanks to pressure and hard negotiating from Labour MEPs and our Socialist and Democrat colleagues, the Parliament made clear that our vision of TTIP is one that is progressive, fair and beneficial to ordinary European citizens. We achieved protection of worker rights and public services – including the NHS – upheld EU environmental and food safety standards and called for the cutting of unnecessary red tape for small and medium sized enterprises (SMEs).

Achieving these gains has been a long battle hard won. The Left are not the dominant force in the European Union: our Prime Minister David Cameron is just one of a majority of leaders who last year pledged their enthusiastic support for TTIP, at a time when negotiations between the Commission and the Obama administration had barely begun and the contents of a deal were unknown. Bolstered by this, an overwhelmingly pro-free trade majority of conservative and liberal MEPs in the European Parliament have presented an often implacable resistance to our demands. To say that building a cross-party backing for our demands has been difficult would be to wildly underestimate the challenge we were faced with.

Yet we knew that our fight was the right one to make. Since being elected as MEP for the North East of England, emails expressing concern about TTIP have flooded my inbox. People are concerned about what such a deal might mean for our standards, public services and rights. They fear that opening up trade between the EU and US, without proper safeguards, could pit governments against multinationals: that it would imperil European citizens in a world skewed overwhelmingly in favour of big business.

I share the concerns of my constituents. As a trade unionist, I built my career on campaigning for better regulation and fair trading practices, and to see our progressive gains dismantled in one fell swoop by a bad TTIP would be a decisive step backwards and a devastating blow.

My vision of tradeÂ is one that protects people and planet, and that respects core EU values of democracy, human rights, social justice and sustainability. This was the vision I took to the Parliament, and I am proud that our resolution reflects these core aims. However this was about more than simply protecting what we already have: because of its size, TTIP could present us with a unique chance to regulate globalisation and to promote EU standards on a scale never before seen. If we get it right, TTIP could well be the antidote to the economic situation currently entrenching Europe – by providing a much-needed boost to local economies, support to SMEs and new and exciting jobs and training opportunities.

This is particularly key for regions such as mine in the North East of England, which suffers from some of the highest rates of unemployment in the UK and has been particularly hard hit by government-imposed austerity measures. Our local economy is dependent on a vibrant manufacturing sector, and many businesses stand to benefit considerably from improved trade relations and the removal of tariff and non-tariff barriers between the EU and US. Businesses such as Nissan’s Sunderland factory, whichÂ supports jobs for more than 10,000 peopleÂ and has expressed its backing for such a deal. The automotive industry, which has been pinpointed as the sector that could gain the most from TTIP, has long been the most outspoken about the potential and far-reaching benefits that it could bring for British industry as a whole.Â It is estimatedÂ that UK vehicle exports to the US could increase by a huge 15%, resulting in a 7.3% rise in UK vehicle manufacturing.

The European Parliament’s message today will guarantee that future trade with the US will support businesses such as Nissan without hurting the individual. It reflects in the truest sense the power of the public voice to influence change at the highest levels of European policymaking.

But it also shows that our task is not over. Despite our best efforts, myself and my Labour colleagues were not able toÂ build a majority oppositionÂ to what has become the most controversial aspect of this debate. Investor-State Dispute Settlement, or ISDS, has received sharp criticism from campaigners, journalists and politicians alike: present in the vast majority of bilateral trade agreements agreed between states, this para-judicial and opaque system of private arbitration allows companies to sue governments at great cost to the taxpayer.

I amÂ unequivocalÂ in my opposition to ISDS and had tabled key amendments to the draft resolution to this effect. However a compromise worked out at the last minute between leading socialist and conservative MEPs, calling for the replacement of ISDS “with a new system for resolving disputes between investors and states”, received an overwhelming number of votes in the Parliament today.

For Labour this was simply not good enough, and to support such a proposal would be to fly in the face of the electorate. Keeping true to our word and backed by the will of the people, we voted against the compromise – and thus against the entire Parliamentary resolution.

Though bittersweet, today’s result has merely served to strengthen our determination to ensure that the final agreement on TTIP between negotiators is one that does not include ISDS in any shape or form. With several years until talks are likely to conclude, we still have time to build cross-party support behind our demands, to increase pressure on the Commission and to make ourselves heard once and for all. The battle over TTIP is far from over – and we’re not ready to give up the fight.