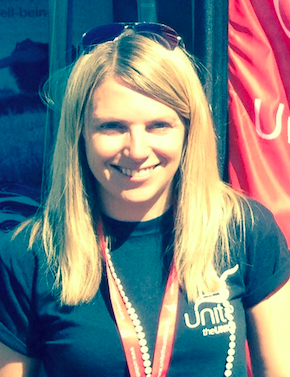 By Hannah Blythyn, Unite the Union

The UK Supreme Court ruling that a National Assembly for Wales Bill to protect agricultural workers through setting up an Agricultural Advisory Panel is lawful is not only good news for rural workers and workplace rights but for devolution in Wales as a whole.

Following the 2010 General Election the UK Government were all too clear in their intention to abolish the Agricultural Wages Board (AWB) for England and Wales, whilst the Welsh Government have long remained committed to retaining protections for agricultural workers in Wales through an AWB. Following the enactment of the Enterprise and Regulatory Reform Act which abolished the AWB in England and Wales, the Welsh Government brought forward the Agricultural Sector (Wales) Bill last July.

At the start of July this year, the Supreme Court judges unanimously concluded that the Bill falls within the competence of the National Assembly for Wales following the referral of the then UK Government Attorney General, Dominic Grieve, arguing that the Bill was a matter of employment law rather than agriculture which would mean that it was not within the scope of the Assemblyâ€™s powers.

The consultation process prior to legislating demonstrated that the purpose of the Bill was to regulate agricultural wages so that the industry in Wales would be supported and protected. The judges found that the legal and practical effects of the Bill are consistent with that purpose.

The Agricultural Sector (Wales) Bill will allow Welsh Ministers to create an Agricultural Advisory Panel, to make future wages orders and to promote skills development and career progression within the agricultural sector. The Bill is received Royal Assent on 30th July and following this, the Welsh Government will launch a twelve week formal public consultation on the proposed constitution and functions of the Agricultural Advisory Panel. It is worth noting that until a new order is made by Welsh Ministers, the provisions of the 2012 Order remain active in Wales.

Not only does the legislative victory in the Supreme Court mark significant and all too rare gains in industry wide collective bargaining in the UK, the judgement itself evokes wider discussion concerning the possible potential for further devolved legislation in the interests of workers in Wales and in relation to advancing workplace rights within Wales.

Following this and earlier judgements where Welsh legislation has been challenged by the UK Government, the Supreme Court has held consistently that it is the words of the Government of Wales Act 2006 that must be looked to ascertain whether an Assembly Bill is within competence. With this in mind, the judgement made it clear that the Bill not only meets the criteria set out but goes further by setting out that it does not matter whether in principle the subject in question might also be capable of being classified as relating to an area which has not been specifically devolved, stating:

â€śProvided that the Bill fairly and realistically satisfies the test set out in section 108 (4) and (7) and is not within an exception, it does not matter whether it might also be capable of being classified as relating to a subject which has not been devolved, such as employment and industrial relationsâ€ť

Indeed the judgement went on to outline that while there may be exceptions listed in respect of specific aspects of employment, such as occupational and personal pension schemes; â€śThere is however no general exception in respect of employment or the remuneration of employeesâ€ť and â€śthe fact that those particular aspects are specified tends to suggest that there was no intention to create a more general limitation on legislative competenceâ€¦ employment and industrial relations are neither listed as devolved subjects, nor specified as exceptions.â€ť

The Supreme Court judgement on this particular piece of legislation therefore goes well beyond what many may have expected as it does appear to make clear that there is greater flexibility to legislate in relation to employment matters in the National Assembly for Wales than perhaps has been previously thought. The potential scope for the Welsh Government to legislate on zero hour contracts within specific sectors has already been mooted on the back of this judgement.

One final point to make is, whilst the decision of the Supreme Court and the broader interpretation of Welsh legislative powers in the judgement is to be very much welcomed, the fact that this was yet another piece of Welsh legislation referred to the Supreme Court by the UK Government raises important questions over Walesâ€™ devolution settlement. Certainly, that this Bill found its way to the Supreme Court in the first place adds weight to the argument of the need for a fundamental constitutional move towards a reserved powers model for Wales