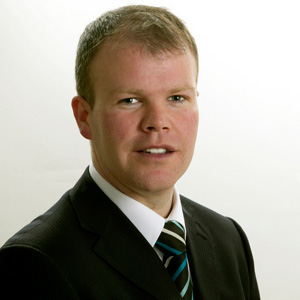 Sinn F├®in Jobs Spokesperson Peadar T├│ib├¡n has today introduced legislation which makes it unlawful to compile, use, sell or supply blacklists containing details of trade union members who are taking part, or have taken part, in trade union activities, including industrial or strike action.

The Meath West TD said: ÔÇ£Politicians and businesses have denied the practice of blacklisting of workers who engage in trade union activity exists. Yet we know from the Consulting Association scandal in Britain that the practice was both prevalent and well organised, with devastating effects for workersÔÇÖ and their families.

ÔÇ£For decadesÔÇÖ trade union members and organised workers have raised the issue of backlisting but the response by decision makers has been to say; ÔÇ£show me the evidenceÔÇØ. Blacklisting by its very nature is insidious and covert making it extremely difficult to expose.

ÔÇ£An action taken by the British Information Commissioner in 2009 exposed the scale and depth of blacklisting in the construction and services sector involving senior staff in 43 of the countryÔÇÖs biggest companies, many of which are transnational.

ÔÇ£Extensive files on over 3,000 trade union membersÔÇÖ and activists were found during the Information Commissioners raid on the Consulting Associations small modest premises. When giving evidence to the Scottish Affairs Select Committee, the Information Commissioner confirmed that they had only seized between 5 and 10% of the files held by the company, so the scale of the operation was far in excess of what has been uncovered.

ÔÇ£Furthermore, ICTUÔÇÖs Executive Council Biennial Delegate Conference Report in July of this noted that affiliate members are genuinely fearful of blacklisting. ICTU and other trade unionists have repeatedly raised the issue of blacklisting for some time now, both in the context of the public and private sectors. Currently there is no legislation banning the practice.

ÔÇ£The outworking of blacklisting is devastating for workers and their families. The practice ensured skilled workers were left unable to secure regular work for prolonged periods of time simply because of their trade union activity. In some cases, labourers were found to have been blacklisted for minor demands such as sufficient on site toilets.

ÔÇ£Despite raising this matter with the Labour Minister for Business and Employment, as well as the Minister for Jobs, and submitting amendments to governments industrial relations legislation neither has taken any action, despite the implementation of anti-blacklisting regulations in Britain, Scotland, Wales and the north. Scotland and Wales have also introduced procurement rules that enable public sector bodies to exclude ÔÇÿblacklistersÔÇÖ from bidding for public contracts.

ÔÇ£Refusing to legislate against the practice of blacklisting of trade union members or those who have engaged in industrial or strike action is the equivalent to installing smoke alarms after your house has already gone up in flames. It is also preposterous for Ministers to tell us that those construction and services companies who have been found to have engaged in such an orchestrated form of blacklisting in Britain would treat their workers any differently in Ireland.

ÔÇ£Sinn F├®in hopes that the Government will constructively consider this bill before the general election.ÔÇØ