Privatised workers should retain ongoing parity of pay and conditions 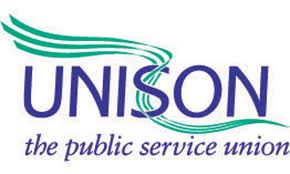 The Advocate General of the Court of Justice of the European Union, today backed UNISON‚Äôs claim that privatised workers should continue to benefit from increased pay and conditions negotiated at their previous workplace, setting an important legal precedent.

Over the past seven years, Unison has argued that 24 members transferred from the London Borough of Lewisham to Parkwood Leisure, were entitled, under their contracts of employment, to continue to benefit from nationally agreed pay and terms negotiated by the local government pay body.

The union will now await the final decision of the Court of Justice of the European Union, which will be followed by a decision in the Supreme Court. If both courts back this ruling, TUPE (Transfer of Undertaking Protection of Employment) will again provide ongoing protection for employees, rather than a one-off protection at the time that they are transferred.

The UK government is already consulting over limiting the law in this area, as a part of its continued attack on employment rights, which the union is campaigning against.

Bronwyn McKenna, Unison Assistant General Secretary, said:‚Ä®‚ÄúWe are delighted that fairness has won out in this important case. UNISON supported our members to the hilt, taking our fight to the highest possible court. We knew that our members should have a right to the same pay and terms of employment which they signed up to when they took their jobs.¬Ý‚Ä®‚Ä®

‚ÄúThis ruling will be a huge relief for the many thousands of people who have been transferred out from their original employer, including those who have been, or are now at risk of being privatised.¬Ý‚Ä®‚Ä®‚ÄúWe are now calling on Parkwood Leisure to pay our members what they are owed, and for other employers to honour any contractual pay increases owed to transferred staff, or run the risk of finding themselves in court.‚Ä®‚Ä®

¬Ý‚ÄúUnison will continue its fight to protect employment rights, in light of the government‚Äôs plans to limit the law following this decision.‚Äù¬Ý