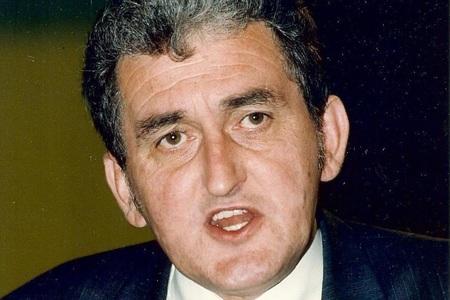 Cameron was General Secretary of the Fire Brigades‚Äô Union from 1980 to 2000, and during that time led the fight to stop the fire brigade from being privatised and to protect their pay and conditions. At the same time he did much to support other trade unionists and in particular the National Union of Mineworkers raising money to help them and liaise with other organisations.

Cameron was born in Fort William in the Scottish Highlands in 1941, his mother who was Irish worked in the local big houses as a cleaner taught him about socialism. He was to remain immensely proud of her and of his background for the rest of his life. His clear Highland‚Äôs accent though later tempered through years of living in England would demand immediate attention as he spoke.

He left school determined to make a difference. A brief span training as a journalist on the Aberdeen Press and Journal came to an end when he was sacked after falling into a swimming pool whilst covering an international swimming competition. ¬ÝJobs in those days were less easy to come by as the exploration of the local oil fields was only just beginning.

It was no surprise that he became increasingly involved with the Fire Brigade‚Äôs Union; gradually rising through its‚Äô ranks, becoming one of its most progressive and charismatic leaders. He was to lead the protest following the strikes of 1977-78 as the fire brigade were threatened with cut backs under a Labour Government. In 1980 he became General Secretary of the FBU a role he was to hold for the next 20 years.

But it was during the miners strike to protect jobs during 1984/1985 that Cameron came to the fore playing a leading part in raising money to help the union. Even travelling to the USA to raise funds; And at one time taking money from his own union‚Äôs funds to help them, the ¬£20,000 was paid back six years later. 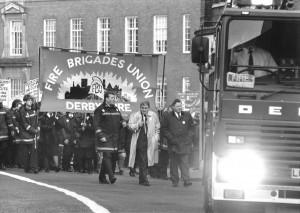 He was to move the first pro Palestinian motion at Congress in 1982.¬Ý¬Ý On his retirement he was to receive a personal letter from Nelson Mandela who by that time had become a friend, becoming an honorary member of the FBU in 1990.

Paying tribute to him Matt Wrack, General Secretary of the FBU said ‚ÄòKen was a forward thinking, socialist union leader who devoted many years of his life to protect Fireworkers pay and conditions. Ken defended everything that was good about the work of firefighters.

Asked how he would describe himself Cameron said: ‚Äòa socialist and a comrade‚Äô.