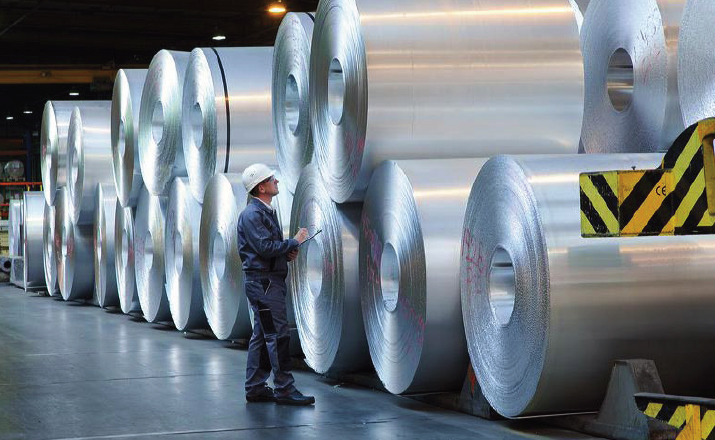 By Ken Sturtz, Thanks to Ben Davis of the United Steelworkers

A US federal agency has again ordered Novelis Inc. (a aluminum products manufacturer) to recognise the United Steelworkers union as the collective-bargaining representative for hundreds of workers.

In decision a three-person panel from the National Labor Relations Board (NLRB) agreed with the findings of an administrative law judge. The panel said Novelis engaged in unfair labuor practices when workers campaigned to unionise several years ago at the massive aluminum products plant, which had never before had a union.

Â The decision said that Novelis violated the law in the following ways:Â

The NLRB ordered Novelis to reinstate Everett Abare, who it said Novelis demoted over a union-related Facebook post. The company is to make up any lost earnings or benefits. They were also ordered to rescind or modify their unlawful social media policy.

Â In addition, the NLRB ordered Novelis to do the following:Â

Novelis could appeal the NLRB decision in federal court.

The showdown between the aluminum products manufacturer and the United Steelworkers began in 2013 after the company did away with Sunday premium pay and its practice of letting workers use personal time on Sundays as time worked. Workers began efforts to unionize in early 2014 and Novelis reversed its decision.

The NLRB said Novelis waged an illegal campaign against unionisation, which helped tip the balance in a close vote on whether to organize.

With nearly 900 workers, Novelis is one of Oswego County’s biggest employers. In recent years the company has added jobs and pumped hundreds of millions of dollars into expansions at the plant to make aluminum panels for automobiles. But critics say Novelis has also reduced pay and benefits.

The Steelworkers represents workers at four other Novelis plants in North America – Terre Haute, Ind.; Fairmont, W. Va.; Kingston, Ontario; and Toronto. The Scriba plant, which was opened in 1963 by Alcan Inc., has never had a union, however.

Novelis spun off from Alcan in 2005 and was acquired in 2007 by Aditya Birla Group, a multinational conglomerate headquartered in Mumbai, India.