Musk on a collision course with German union 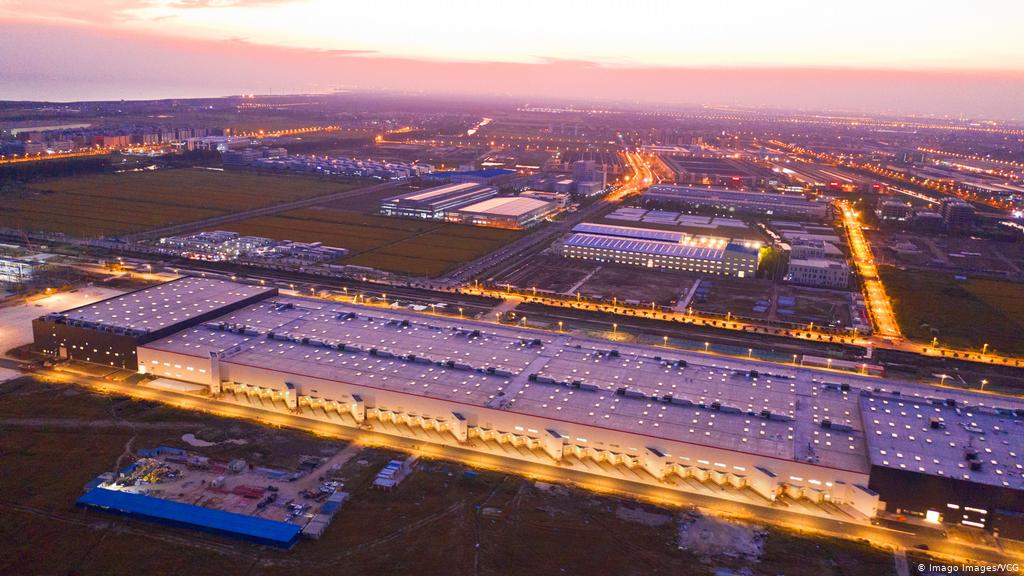 Tesla and its maverick owner may have got away with anti-worker and anti-union practices in the US, but their new factory in Germany will be a different story

When Elon Musk, the billionaire owner of electric auto maker Tesla, landed his private jet in Berlin in November (unannounced, in the middle of Germanyâ€™s national lockdown) he tweeted he was there to recruit engineers.

â€śRecruiting ace engineers for Giga Berlin! Will interview in person tomorrow on site,â€ť he wrote. Within minutes thousands of engineers replied seeking an interview.

Tesla, a hi-tech manufacturer, may attract many young and aspiring engineers and technical staff to their employment. But Musk is no fan of trade unions. Tesla workers in the USA have filed complaints about low pay and poor working conditions. Musk himself has opposed workersâ€™ attempts to unionise.

An official of the largest trade union in Germany, IG Metall, said: â€śWe are in touch with our sister organisations at other Tesla facilities [in the US] so we are fully aware of personal allegations, as well as legal accusations and litigations against Tesla.â€ť

Teslaâ€™s new giga factory in Grunheide south-east of Berlin is aiming to build 500,000 electric vehicles a year in Germany. Tesla says it will recruit 12,000 workers â€” from engineers, warehouse workers and printing technicians with a production start-up planned for the summer of 2021.

Musk has clashed with IG Metall before at Grohmann Engineering in the small town of Prum in 2017. He bought the company and turned it into the Tesla Advanced Automation Group and tried to negotiate directly with its workers.

After much wrangling, an agreement for a 30 per cent salary increase, a one-off payment of $10,000 in cash or Tesla stock over four quarters and job guarantees until at least 2022 was agreed with the works council.

Recruitment for jobs at the new giga factory is being undertaken by an employment agency in Frankfurt which is recruiting workers from Brandenburg and Berlin, many of whom are unemployed or are changing jobs.

They are also now offering wages which are higher than the current median wage in Brandenburg. The lowest wage group at Tesla are offered a salary of â‚¬2,700 (ÂŁ2,450) per month, while employees with relevant vocational training will receive â‚¬3,500 (ÂŁ3,200) per month.

Teslaâ€™s work culture has become notorious in recent years. â€śWorkers are expected to do anything and everything to get cars off the assembly line on time,â€ť says Steve Smith, communications director of the California Labour Federation (CLF).

Musk is known for being â€śextremely anti-union,â€ť adds Smith and has even broken laws to prevent his workers at the Fremont Plant in California from unionising.

This has reportedly had serious consequences for some workers â€” both in terms of their pay and benefits, but also in terms of their health and safety. One report stated that long hours of physical labour caused six of a team of eight workers at Fremont to take simultaneous medical leave.

IG Metall has played an important role in keeping the German automotive sector both stable and innovative through collective agreements that apply to the whole industry â€” but not at the expense of undercutting pay, conditions and workersâ€™ rights.

Steve Smith of the CLF says: â€śInnovation is not exploitation â€” and thatâ€™s something that CEOs like Elon Musk just donâ€™t understand. Exploiting your workforce is in no way furthering the cause of progress â€” in fact, it takes us back in time 100 years before we even had labour laws.â€ť

According to Musk, itâ€™s the unions that are stuck in the past. During the dispute at Grohmann industries, he referred to IG Metall as having â€śoutdated values.â€ť
IG Metall has welcomed the company and its investment and offered an opportunity for dialogue. But so far, Tesla hasnâ€™t responded.

Musk will also be minded that IG Metall, in its fight to win a 28-hour working week for better work-life balance and a 4.3 per cent pay deal, staged a series of warning strikes that cost the likes of Porsche, Daimler, BMW and Airbus â‚¬200 million in lost production.

It would be a major mistake for Musk to think he can avoid German labour standards â€” as one IG Metall official stated: â€śWorkersâ€™ rights are rights. They are not up for discussion.â€ť