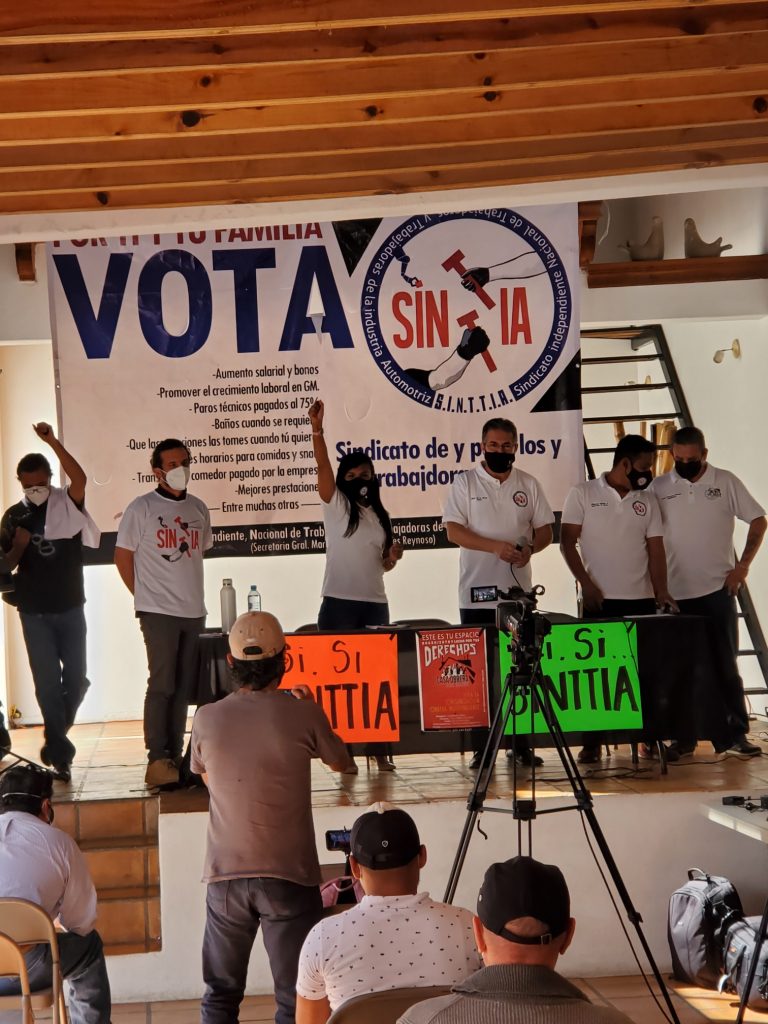 An independent trade union supported by international unions has has won a sweeping victory in a vote to represent workers at a General Motors’ pickup-truck manufacturing plant in the central Mexican city of Silao.

The vote was was required under new Mexican labour reform laws that now underpin the USMCA trade deal between the United States, Canada and Mexico. United States officials monitored the vote as did a number of international trade union observers.

The Mexican federal labour centre who supervised the vote said SINTTIA won with 4,192 votes out of 5,389 valid ballots, in an election with almost 90% turnout.

Workers campaigned to dissolve the sweetheart agreement with Confederation of Mexican Workers (CTM) last year and a new ballot was ordered.

CTM had held the Silao sweetheart contract since the plant opened in 1995. It won just 247 votes in the ballot.

A separate union that has ties to CTM, known as La Coalicion, (The Coalition) took second place with 932 votes.

SINTTIA, was supported by US, Canadian and international unions who campaigned for months to rally supporters at the plant of 6,300 employees, and has pledged to push for higher pay in a country where wages have stagnated for years.

Ben Davis of the US and Canadian union the United Steelworkers who are members of the Workers Uniting global union with Unite in the UK and Ireland an Los Mineros in Mexico said: ŌĆ£This is massive victory for Mexican workers and for unions all over the world. Its a great result for international solidarity.ŌĆØ