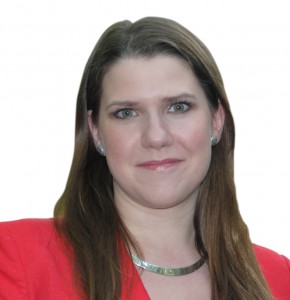 The Liberal Democrats have gone into panic mode as applications to Employment Tribunals plummet following the introduction of stringent fees to bring a case before a Tribunal.

There has been aÂ 70% fall in the number of applications to employment tribunals withÂ lawyers reporting that in some areas such as sex discrimination, it is down 85%.

Workers have beenÂ have been priced out of the tribunal system which the Lib Dems steered through parliament notably Vince Cable and Jo Swinson.

The figures have shocked some MPs and the Lib Dems fearing a major backlash have moved to distance themselves from the effects of the fees by demanding a urgent review.

Unions, employment lawyers and employers organisations predicted the massive fall in applications and the effect it would have on workplace justice.

Employment tribunal fees could become an electoral battleground as workers see there little chance of gaining redress for injustices at work particularly non unionised workers, who have no back up of union legal support.

The Ministry of Justice introduced fees of Â ÂŁ1,200 to workersÂ wishing to go to tribunal – a plan hatchedÂ by George Osborne at the 2011 Conservative party conference. But the Lib Dems didÂ the dirty work through BIS, as they did for the failed “shares for rightsÂ scheme”.

The MoJ had pledged to review the system a year after its introduction last July. It then said it would take place in the autumn, but still nothing has happened.

All this has prompted the Lib Dem employment minister Jo Swinson to panic and to write toÂ legal aid minister Shailesh Vara to demand an urgent review: â€śThere is a clear, necessary and now increasingly urgent need for this review to take place,â€ť she said. â€śAs a Government, we committed at the time of their introduction to review the impact of fees and, 18 months on, this is now long overdue”.

But Shadow business secretary Chuka Umunna pointed out that the Lib Dems were part of the Government that introduced the fees in the first place, calling Ms Swinsonâ€™s letter â€śa cynical and utterly shameless attempt to distance her party from tribunal fees just five months before the general electionâ€ť.

The Ministry of Justice points out that more people are going to arbitration instead of employment tribunals – which is not surprising as cases automatically are refferedÂ to conciliation in the first instance before a ET case can be brought!