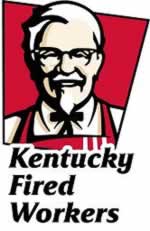 A woman trade union activistÂ from Thailand faces the threat of legal action by the owners of fast food chains KFC, Pizza Hut and Taco Bell owned by Yum! Brands.

Her crime? She attended the first international fast food workers’ meeting recently held by the International Union of Food Workers (IUF) in New York. The threat of legal action is not the first time union members have had problems with this company.

Please click here to send your message to these fast food companiesÂ in protest against their actions.