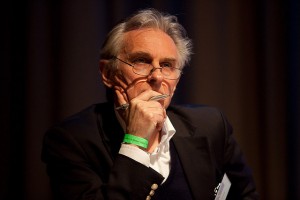 Last week the TUC expressed serious concerns about the far ā reaching consequences of the governmentās Transparency of Lobbying, Non Party Campaigning and Trade Union Administration Bill, due for a second reading on 3rd September 2013.

Ā Such concern is hardly surprising, for this is a Bill that not only represents a threat to basic liberties generally, but to trade union freedom specifically.Ā Ā  So much for the Iliberal Democrats, who promised that they would be the guardians of freedom when in government.

Ā The Bill presents two major threats to trade unions.Ā Ā  Here the concern is with the consequences for trade union electoral freedom, which is not intended to diminish the other threat which relates to even greater ā and yet more intolerable ā State supervision of trade union membership lists.

Ā But so far as electoral freedom is concerned, the strategy is clear ā previous Tory governments having stripped trade unions of their industrial freedoms, the Coalition is now set on stripping trade unions of their political freedoms as well, continuing in the illiberal vein that has already produced secret courts and the harassment of journalists.

Ā The proposed new restrictions are designed to silence union election campaigning, though as the TUC has pointed out, they have much wider implications. Ā Ā It is a nasty and cynical attempt at self-preservation, the law being used purely as an instrument of partisan self-interest.

Ā But although the impact on trade union political freedom is likely to be far-reaching and (as the TUC pointed out last week) wide ā ranging, such concerns should not divert attention from the Billās central purpose, which is clearly and unequivocally to weaken trade union support for the Labour party at the election in 2015.

Ā Trade unions take part in elections in a number of ways.Ā  First, they make substantial donations to the Labour party to help it with its election campaigns.Ā Ā  But secondly, some trade unions ā notably UNISON – may run their own national campaigns independently of the Labour party.

Ā Other unions will provide grass ā roots support to the Labour party at constituency level, helping with the national campaign and assisting Labour parliamentary candidates.Ā  Some unions will also make contributions to organisations campaigning against racism and the BNP.

Ā Where trade unions engage in their own campaigns nationally or locally they are already subject to tight legal controls.Ā Ā  As āthird partiesā for the purposes of election law, these controls apply to ācontrolled expenditureā ā a term used to describe national election campaign costs, capped at just under Ā£1 million for each union.

Ā So far the law has not been a serious problem for trade union election activity.Ā Ā  That, however, is about to change, with an extremely densely written and confusing Bill proposing to expand the definition of ācontrolled expenditureā, while also reducing the amount of money unions can lawfully spend.

Ā The extension of the definition of ācontrolled expenditureā was made clear by the Minister for Constitutional and Political Reform (Chloe Smith, Tory MP for Norwich North), in a letter to the campaign group 38 Degrees which has also expressed anxiety about the Bill.

Ā Making no bones about the governmentās plans, Smith wrote on 23rd August that āControlled expenditure by a recognised third party would now include expenditure on a broader range of activities such as market research, rallies, press conferences or transport. This is to ensure all relevant campaigning activity is caughtā.

Ā As the TUC pointed out last week, however, the Bill as currently drafted would apply to the ordinary activities as well as to the election related activities of a trade union.Ā  For this reason, it is not only the annual congress of the TUC that is at risk:Ā  so is the annual conference of every trade union.

This means that trade unions will be required to do one of two things.Ā Ā  The first will be to cancel union annual conferences in an election year, a curious consequence of legislation introduced by a government whose forbears were so passionate about trade union democracy.

Otherwise, trade unions could allow conferences to go ahead, and ban any discussion that might have a bearing on the election.Ā  Holding the conference behind closed doors, however, would not be enough to escape liability if it could be construed as having the effect of helping the electoral prospects of the Labour party.

This means that a union will be permitted to spend up to Ā£319,800 in England, Ā£35,400 in Scotland and Ā£24,000 in Wales.Ā Ā  But it gets worse, as the Bill seeks to dilute the impact of this spending still further by regulating how and where the money can be spent.

In what seems like a desperate attempt to protect some government ministers and their marginal seats, the Bill proposes that within the general limit of Ā£319,800 that can be spent in England, no more than Ā£9,750 can be spent in each constituency in the year before the election on 7 May 2015.

This is a measure designed to stop trade union support for the Labour party rather than against the BNP, as some activists appear to believe.Ā Ā  In a clumsily written provision, expenditure will be targeted at a political party only if it can āreasonably be regardedā as being intended to benefit that party or any of its candidates.

It seems to me that this is the red meat of the entire Bill, and as such it is a vicious attack on trade union political freedom.Ā Ā  Almost all election expenditure will fall within this definition of ātargeted expenditureā:Ā Ā  if it does not, there would be no point incurring it in the first place.

The effect is that trade unions will be able to spend next to nothing supporting Labour in the year before the election:Ā  Ā Ā£31,980 in England, Ā£3,540 in Scotland, and Ā£2,400 in Wales. Ā Ā Note well:Ā  these are limits on national (not local) campaigns, and limits applying for a period of 12 months beginning on 8th May 2014.

This naked attempt to stop electioneering by trade unions against the Coalition at the next election is utterly reprehensible, all the more so for the fact that there are no corresponding controls on the corporate press, which continues to have a blanket immunity from the spending restrictions in election law.

So when Parliament assembles for the second reading of this Bill on 3 September, the first question for Chloe Smith should be this:Ā Ā  why is Mr Murdoch free to promote the Tories with impunity, when organisations representing British voters are effectively to be gagged?Ā Ā  What kind of liberalism is this?

This blog first appeared in printed form in the Morning Star on August 29th.