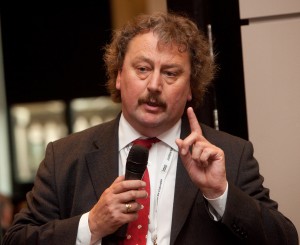 The Enterprise And Regulatory Reform and the Growth And Infrastructure Bills, both currently near the end of their parliamentary passage, represent “the biggest change to employment law since the introduction of the right to claim unfair dismissal more than 40 years ago,” say barristers David Renton and Anna Macey in this new booklet.

When elected in 2010 the government announced a parliament long review of employment rights which was initially conducted by the disgraced Thatcher era peer Lord Young, who pronounced both on unfair dismissal and health and safety at work.

Thus far the review has mainly concentrated on weakening individual workers’ rights at work and deregulating health and safety at work under the guise of the Lofstedt report.

Although there is strong pressure from the Tory right wing the coalition government has not, as yet, brought forward proposals on trade union law.

The overarching principle behind the employment rights review is to change the law and associated procedures so that employers may move to dismissal more quickly and that there will be less or no legal redress available to the worker.

In Mediterranean countries like Greece, Spain and Portugal that have been subject to an IMF/ECB/EU “bailout,” employment law has been changed in a similar way as an integral part of the imposed package of structural adjustment.

Britain seems to be the only country that is making these changes voluntarily. 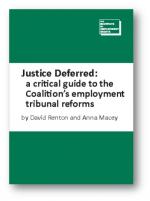 Although originally dismissed as “bonkers” by Vince Cable’s people what Renton and Macey show is how many of Adrian “Mr Wonga” Beecroft’s proposals have found their way onto the statute book.

These include an increase from one to two years in the qualifying period a worker must have been with an employer before being eligible to claim unfair dismissal at the tribunal.

And the introduction of fees to take your employer to the tribunal means that even if you have the two years’ service you could have to pay up to Ā£1,200 to have your case heard. The worker and employer representatives on the Tribunal panel have been dispensed with meaning our labour courts are now mainly presided over by a judge sitting alone.

These measures were only a taster as the authors show there is more of the same coming down the tracks, including a possible re-run of the disastrous statutory dispute resolution procedure and the abolition of the worker and employer representatives at employment appeal tribunals.

The unfair dismissal award will see the cap on compensatory damages massively reduced and while there are financial penalties for employers there is no enforcement mechanism and they are not linked to payment of damages to workers.

Compromise agreements are renamed “settlement agreements” and may be compensated “no-fault” dismissal by the back door.

There are proposals to repeal the statutory procedure for obtaining information to support discrimination proceedings and to abolish the requirement for equal pay audits if an employer loses an equal pay case at the tribunal.

With all of this and more to come, the key lesson of this timely booklet is that is you seek workplace justice, join a union because the law won’t help.

This review was first published in the Morning Star, April 1st.