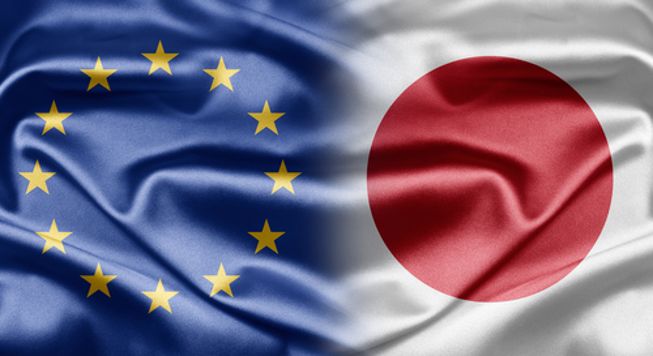 With Donald Trump sinking the Trans-Pacific Trade Deal (TPP) and with the EU ‚Äì US Trade Deal (TTIP) and the Trade in Services Agreement (TiSA) seemingly on ice – and the Brexit bound UK government talking trade deals with anyone who will listen (New Zealand, Israel, Turkey and the probably the USA) confusion over trade deals reigns.

However there is one negotiation that is taking place (very much behind closed doors) – JEFTA ‚Äì a proposed deal between the EU and Japan.

Talks started in March 2013 and both the EU and Japan have kept it quiet, probably afraid that it will gain similar public opposition as TTIP, TPP, TiSA and CETA.

But thanks to a joint statement signed by dozens of civil societies in both the EU and Japan the gaff has been blown.

In a statement issued this week they said: ‚ÄúThe EU and the Japanese government have been negotiating a deep and comprehensive trade agreement which would cover a third of the world’s GDP. The 18th round of negotiations took place in Tokyo in December 2016, and whilst the negotiations might come to a close soon, on the EU side, the mandate given to the negotiators is still not public, and on the Japanese side, secrecy is total.

Neither most parliamentarians in EU member states and in Japan, nor European and Japanese civil society organisations and trade unions know the content of the discussions. Nor have they seen draft chapters or been consulted. We condemn this opacity.

And the first leaks of some of the negotiating documents (only in German) have begun to appear on various websites. One of the few detailed documents is now on the EU’s official JEFTA site, – a 314 page Trade Sustainability Impact Assessment prepared for the European Commission in 2016.

The document says JEFTA will include an investor-state dispute settlement (courts set to allow corporations to protect their profits or threats to them from government actions).
The EU it seems has now made ISDS court systems an integral part of their trade agreement policies ‚Äì almost a ‚Äòdogma‚Äô ‚Äì and appear not to have learned from the fierce¬Ý public opposition TTIP and CETA received.

Interestingly reports suggest that Japan is also resisting the Commission’s push for an ISDS system – but there seems to be an agreement the ISDS clauses could be similar to what is in CETA – including the right for investors to ‚Äòfair and equitable treatment‚Äô, ‚Äòprotection against direct and indirect expropriation‚Äô – but with clearer language on exempting public services and procurements.

It appears that Japan is also pushing for the inclusion of its own model of ‚Äòad-hoc arbitration‚Äô, with an automatic consent to arbitration granted by the parties.

On the question of labour rights it is suggested that JEFTA would provide fairly weak provisions limited to an ‚Äòobligation‚Äô for the parties to implement the ILO conventions they have already been ratified, but no commitment to ratify remaining conventions.

Japan has not ratified convention 105 on forced labour and 111 on discrimination. The enforcement provisions would be weaker still, with no former powers granted to civil society and social partners whether in Domestic Advisory Groups or in a “joint dialogue with civil society”.

So why is this important to a Brexit bound UK? Well, until we leave we are bound by EU trade deals and even when we do leave they will remain in force for whatever time is agreed in the Brexit negotiations.

Also close attention to any JEFTA agreement will have to be paid to its implications by UK industries such as automotives, rail, engineering and hi tech companies.

‚ÄúLabour MEPs have been at the forefront of this push for greater transparency and the party is clear in our opposition to the inclusion of separate arbitration courts for multinational investors in trade talks.

‚ÄúThe Commission’s insistence on the inclusion of ISDS-style provisions in trade deals risks their public support and legitimacy, which is not good for the EU or our trade relations long term.”

That is why progressive groups, MEPs and European and UK unions need to be alert and begin campaign for a fair greater transparency and openness to ensure any JEFTA agreement is fair has strong labour clauses that work in favour of working people.

This blog was first published on Left Foot Forward