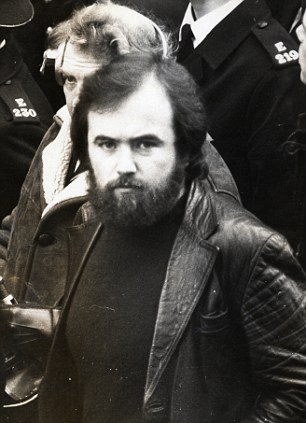 Jack Dromey, then the secretary of Brent Trade Council during the Grunwick dispute

Jack Dromey Labour MP for Birmingham Erdington who died suddenly on January 7th has received praise for his work in various capacities in the trade union movement and in the Labour Party including his roles as a shadow minister and in recent times his work in supporting manufacturing industry as part of Unite’s¬†campaign to save the GKN plant in his constituency.

In 1976 Jack Dromey came to national prominence as the secretary of Brent Trades Council when¬†it¬†campaigned¬†to support workers mostly (but not exclusively) Asian women, employed by Grunwick – a photographic laboratory in north west London which¬†received and returned film and photographs using¬†the¬†postal service. Alongside the hugely influential trade council president, Tom Durkin, he became became involved in providing organisational support¬†for workers at Grunwick who had staged walkouts over working conditions but which had little effect.

Born in Brent, Jack was the son of Irish parents who had come to London from Cork and Tipperary looking for work. After leaving school and studying law for two years, in the early 1970s he helped found the Brent Law Centre, where he first met¬†Harriet¬†Harman,¬†later to be¬†his wife, when she worked there as a solicitor. Harriet became the legal adviser to the Grunwick strikers. 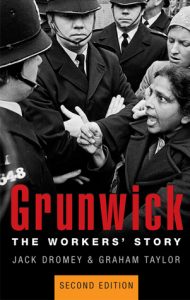 Along with Graham Taylor he wrote¬†Grunwick – The Worker’s Story¬†a detailed account of the strike.

Grunwick had faced industrial action three years before by T&G organised drivers. The trades¬†council began helping Grunwick workers in the mail order department who Taylor,¬†in an interview with Warwick University‚Äôs Chris Thomas said,¬†had no idea about forming a trade union.

Dromey helped with publishing a newsletter. When an enquiry was made to the Citizens Advice Bureau about joining a union they were referred to the TUC who advised they join Apex (seen as a ‘white collar union’ with a majority of women¬†members).

Grunwick, owned by George Ward, was an autocratic company. But Taylor says the strikers were very articulate and committed. Many were from East Africa and had run their own businesses. ‚ÄúThese were self-confident, middle-class people, and people like Jayaben Desai, whose husband had his own factory in Tanzania. They were not going to be pushed around‚ÄĚ says Taylor.

The workers began to get organised with the help of Dromey and the trades council. He helped set up a boycott by the postal workers‚Äô¬†union,¬†the UPW,¬†threatening Ward‚Äôs mail order business. Ward sought the help of¬†local right wing MP John Gorst who involved the ultra right wing anti union body the National Association For Freedom (NAFF). Ward also began dismissing workers including Jayaben Desai.

TV screens were filled nightly with film of pickets being attacked by the police notably the Met‚Äôs Special Patrol Group. Over 500 demonstrators were arrested and the public saw for the first time the rough and violent actions of the SPG. On one night in November 1977 8,000 people turned up at a demonstration outside GrunwickCoachloads of miners from Yorkshire and other coal fields regularly attended the picket line and each Thursday lawyers from the Haldane Society of Socialist Lawyers of which Jack was a member, attended

Labour‚Äôs Home Secretary¬†Merlyn Rees, who had insisted on a heavy police presence¬† turned up at the demonstration ‚Äėto appeal for calm‚Äô but was barracked and booed by the demonstrators.

ACAS who had tried to help settle the dispute ended up withdrawing when the Grunwick management refused to take part in talks.¬†Ward, with advice from NAFF and Gorst, rejected all attempts to settle the dispute.

The Labour Government set up a court of enquiry chaired by Lord Scarman who recommended¬†Ward recognise the union and the sacked workers to be¬† re-instated.¬†Ward (advised by Gorst and NAFF) rejected¬†Scarman‚Äôs recommendations.

The inability of ACAS to impose union recognition by legal means and the rejection of Scarman by Ward¬†exposed the limits of the law.¬†It would not be until 1999 Employment Act introduced by Stephen Byers that the unions gained a statutory recognition procedure but, as it was a business friendly New Labour initiative, it was inadequate to the task.

Extraordinarily the TUC and Apex said that the dispute could not be won and withdrew their support. The dwindling dispute carried on for two more years but reinstatement and recognition was not achieved.

Grunwick helped Jack Dromey establish himself as a highly effective organiser. Following the dispute he became London district officer for the T&G in 1978 and the National Officer for public service workers in 1984; he also represented defence industry workers.

He had lost a General Secretary election when he stood against Bill Morris in Morris‚Äôs successful re-election campaign and lost again¬†to Tony Woodley in the 2003 General Secretary¬†election. He¬†subsequently¬†ran for the post of T&G deputy general secretary which he won, a post he carried into Unite upon the creation of the union through¬†the¬†merger of Amicus and the T&GIn his role as the treasurer of the Labour Party he supported internal party democracy and he protected the unions position in the party – especially in the aftermath of the ‚Äėloans for peerages‚Äô scandal in 2006, when Downing Street staff had early morning visits at home from the police. He was also very important¬†in the internal meetings at Downing Street in defending the legitimacy of the Labour Party constitution which was under attack from the right of the Party. 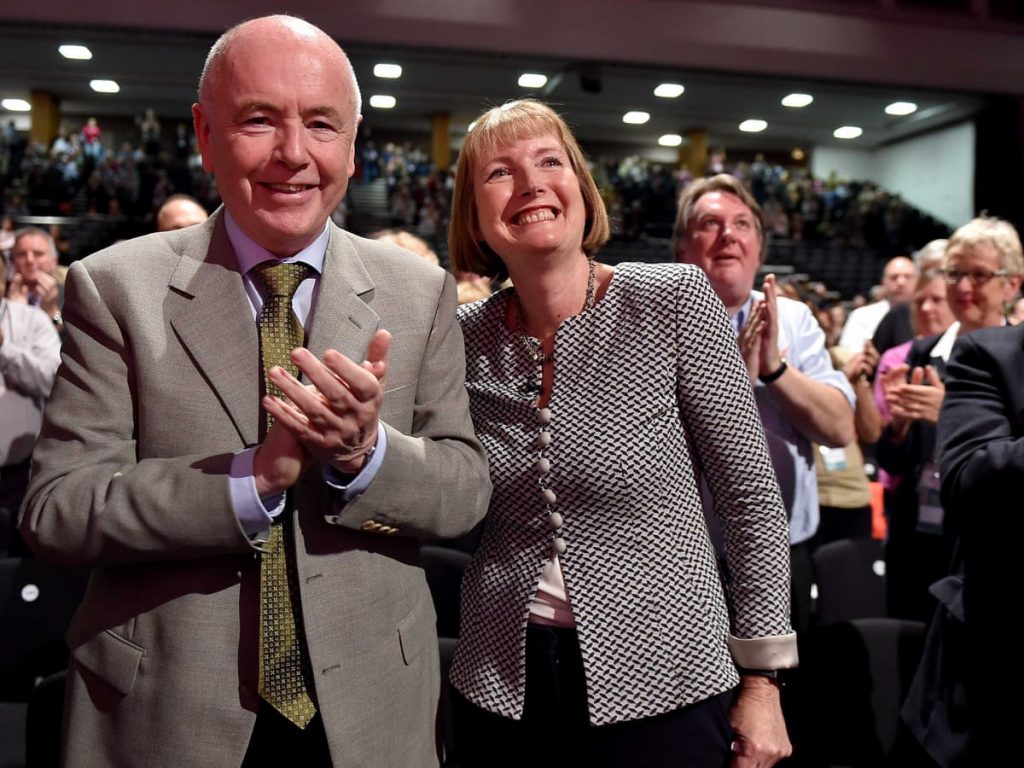 On his death Unite General Secretary Sharon Graham referred to his involvement¬†in Grunwick and his work following the death of the Morecombe Bay¬†cockle pickers. She said:¬†“From standing shoulder to shoulder with the workers at Grunwick in the 1970s, to delivering legislation to defend workers from exploitative gang masters in the 2000s, to today where Jack showed no hesitation in backing our members at GKN in their fight to save their jobs, Jack always put solidarity with workers first, all his life. I was personally proud to work closely with Jack for a number of years to establish the ground-breaking organising department in Unite. It stands today as a testament to his commitment to the union.‚ÄĚ