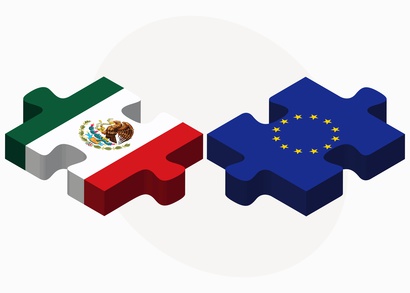 As delegations of the European Union and Mexico met in Brussels on 13th – 14th June for the first round of negotiations to update the Economic Partnership, Political Coordination and Cooperation Agreement (Global Agreement), which entered into force in 2000, IndustriALL Europe the union body covering manufacturing, energy and mining unions across Europe has warned any deal must include an end to attacks on free trade unions inÂ  Mexico. And a new report just published sets out a damning critique of the proposed deal. (See below)

In a press release Mexico and the EU said the new deal was neccesary. “It is notably crucial to adaptÂ  EU-Mexico relations to the new realities of global trade and investment policies and flows, strengthen political dialogue and increase cooperation and coordination on foreign policy issues to better respond to the shared global challenges of a new modern world, from security threats, to migration, the fight against epidemics and climate change”.

However, IndustriALL Europe agreed with a proposal from Unite at the recent IndustriALL Europe Conference in Madrid that the revision of the agreement could have a significant impact on workers in both the European Union and Mexico, especially taken in conjunction with the EU-Canada Comprehensive Economic and Trade Agreement (CETA) which has already been negotiated and the Transatlantic Trade and Investment Partnership (TTIP) which is currently under negotiation. 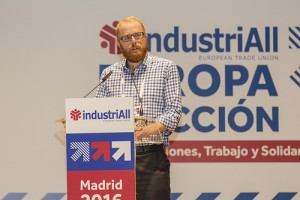 Unite’s Ben Richards highlighted the deteriorating human rights situation in Mexico and the systematic complicity of government officials and security forces in forced disappearances, extrajudicial executions by security forces, attacks on human rights defenders and journalists, persecution of refugees and asylum seekers – and the government’s failure to prosecute human rights violators – have been documented by the Inter-American Commission on Human Rights, Amnesty International, Human Rights Watch and other impartial observers.

Unite warned that Mexico continues to systematically violate international labour standards regarding freedom of association, the right to organise and collective bargaining. Specific concerns included corruption and conflict of interest in the Conciliation and Arbitration Boards, the pervasive use of employer-dominated “protection contracts,” (which allow for non independent company or yellow unions) and delays in union representation elections.

Unite also said that there was continuing gender discrimination, child labour, and violations of workplace health and safety among also serious ongoing problems. Unite said these violations have been extensively documented in the reports of ILO supervisory bodies and independent experts.

IndustriAll Europe, agreed that in coordination with the ETUC, the ITUC and TUCA, IndustriALL Global Union and its Mexican affiliates, they will raise these concerns with Members of the European Parliament, with the European Commission and with our national governments.

Importantly it is intended to strengthen the ISDS clauses in the revised agreement which would allow global corporations more freedom to sue soverign governments if they take action that could impinge n their profits.

A new report has been published which highlights the dangers of the ‘modernised’ deal.

‘Unmasked: Corporate rights in the renewed Mexico-EU FTA’ sets out in detail the danger of the modernised agreement and the full report can be downloaded here.