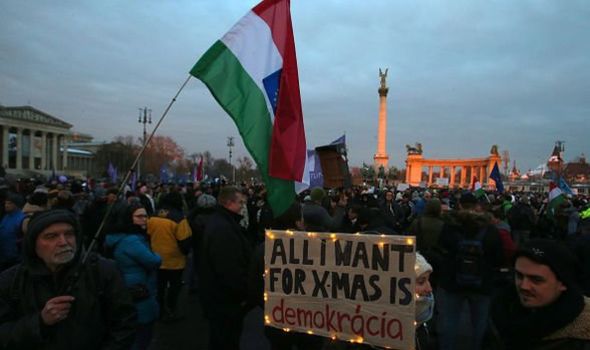 On December 12th the Hungarian Parliament adopted the “Slave Law” which could require workers to do overtime work up to 400 hours a year. Further, the reference period is increased to 36 months. The law was passed without proper consultation with social partners, through misuse of the Parliamentary procedures.

The changes would create a significantly worse situation for workers, practically introducing a 6 day working week. Although it would be linked to the agreement of the parties concerned, the power relation in the world of work is not an equal partnership of employer and worker.

An employee is always in a vulnerable position, very often not in position to contradict to employers’ requirements. The extension of the working time reference period to three years means the employee may be obliged to work overtime for a long period, while waiting for the compensation for years. This legislation is contrary to the 2003/88/EC working time directive fixing the reference period for a maximum of 12 months.

Hungarian trade unions oppose these steps which are against fair and decent employment conditions. Over the past days strong protest actions have brought large masses to the streets.

The Hungarian Trade Union Confederation (MASZSZ) demands the withdrawal of the law and has appealed to the President of Hungary not to sign it and refer it back to the Parliament. MASZSZ call for meaningful, proper consultation with social partners.