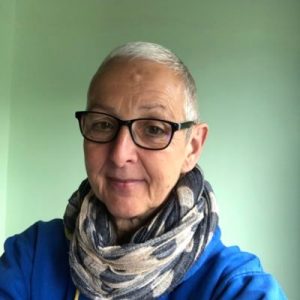 Unite, the UKās construction union, is calling on the government to extend its wage support scheme announced last on 20th March, to protect the million plus workers trapped in bogus self-employment in the building industry, during the coronavirus crisis.

Unite is in the process of urging the government to extend its wage scheme to immediately cover workers paid via the Construction Industry Scheme (CIS) and those paid via umbrella companies and payroll companies.

Prior to the governmentās employee assistance scheme being announced, Unite recommended that all self-employed workers who are taxed at source (which would encompass CIS workers) be treated as workers, and all workers including those paid by CIS, should be considered to be employees for the purpose of the scheme.

With construction sites in the UK already reducing the number of workers employed as a result of the coronavirus crisis, and further closures expected in the coming weeks and months, urgent action is needed to protect these workers who are denied even the most basic employment rights.

The situation in construction is made even more precarious since the vast majority of major contractors employ few if any construction workers on their sites. Instead work is sub-contracted (often repeatedly) and workers are recruited via labour supply companies or agencies. If the decision is taken to close or mothball a site, the main contractor has no direct employment responsibility for the workforce.

Unite assistant general secretary Gail Cartmail said: āThe UKās bricklayers, carpenters, electricians and plumbers will be deeply worried that if they are officially self-employed they will not be protected by the governmentās scheme.

Ā āMost construction workers are the primary breadwinners in their family and swift action is needed to ensure that they are protected throughout the coronavirus crisis.

Ā āOver half of the industry is officially self-employed, with most of those bogusly self-employed. This is part of the hire and fire culture existing in construction which results in workers being dumped without warning or compensation during downturns.

Ā āIn the short term the million plus workers paid via the Construction Industry Ā Scheme (CIS) and the 300,000 plus workers paid through umbrella companies must be brought into the scope of the governmentās wage support scheme and Unite will be lobbying government to ensure that occurs.

Ā āIn the long term a commission is needed into construction employment to ensure that workers who survive on a feast and famine existence secure proper employment protections.ā

The need for government intervention has been heightened as the industry has metaphorically washed its hands of the crisis.

Ā In early March, Unite contacted the industry and asked that the qualifying time on industry sick pay was waived during the crisis, so workers who were ill or needed to self-isolate as a precaution could do so and not infect others.

The reasonable and modest request has been rejected or ignored by the employers on all the construction industrial agreements. For example the JIB electrical agreement replied: āWhilst we appreciate the reasons behind your request, we cannot agree to an unfunded and potentially open-ended increase to JIB employersā costs.ā

Gail Cartmail, added:Ā āOnce again we have been provided with a clear example of how the industry does not take the welfare of its workers seriously, with profits rather than people being its bottom line.ā