From Pentonville To P&O – The Wrong Arm Of The Law 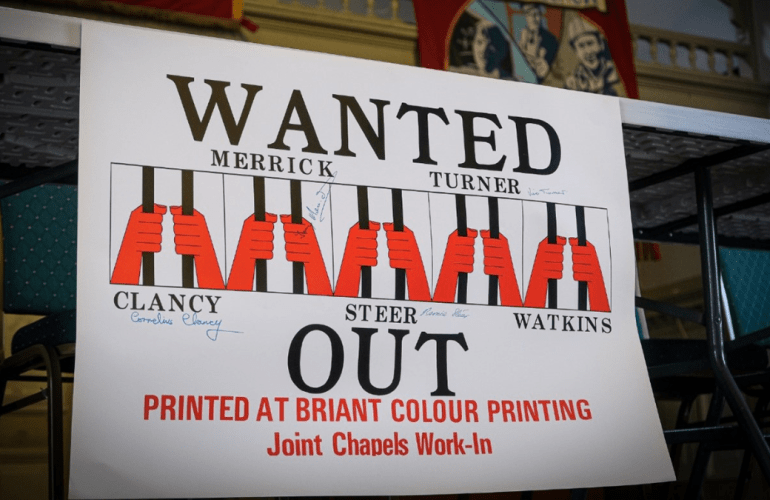 Original poster calling for the release of the Pentonville 5 produced by workers at the Briant Colour print works during their work in.

By Kevin Hussey and Adrian Weir

The end of July marks the 50th anniversary of the culmination of the battle against the anti-union Industrial Relations Act introduced by the Conservative Government of Ted Heath. Five London docker shop stewards were arrested and jailed for contempt of the National Industrial Relations Court but were released within days as the TUC mobilised for a general strike in support of the Pentonville 5, as they became known. 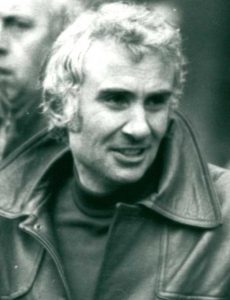 By such a sad coincidence, Bernie Steer the last surviving member of the 5, died on 20th July this year.

Trade unionists, perhaps for the last time in living memory, confronted the forces of the state and won. The anti-union laws were consigned to the dustbin of history.

The Industrial Relations Act did not just appear from thin air. The political and ideological groundwork for legislating against industrial action, particularly that led by shop stewards, had been laid in the previous decade.

For most of the 1960s governments of whatever political stripe had been struggling to deal with a resurgent shop stewardsâ€™ movement and what they believed were the unionsâ€™ damaging contribution to the so-called wage-price inflationary spiral, the balance of payments crisis or whatever other economic ills of post-colonial Britain.

The newly elected Wilson Labour Government in 1964 established a Royal Commission to examine the working of unions (and employersâ€™ associations) and the system of industrial relations in Britain, the Donovan Commission.

In 1968 voluntary reform was not what was required by the Labour Government. Its subsequent White Paper on industrial relations reform In Place of Strife proposed legal restraints on the right to strike. There was to be an Industrial Board to police the new framework with financial penalties for workers who stayed away from work with, it was presumed, jail for those who refused to pay the fine; what became known as the penal sanctions.

Recognising which way the prevailing wind was blowing the Communist Party in 1966 launched the Liaison Committee for the Defence of Trade Unions (LCDTU) as a means of mobilising shop stewards and union activists to campaign against this trend towards restrictions on shop stewardsâ€™ freedom of operation and the right to strike. 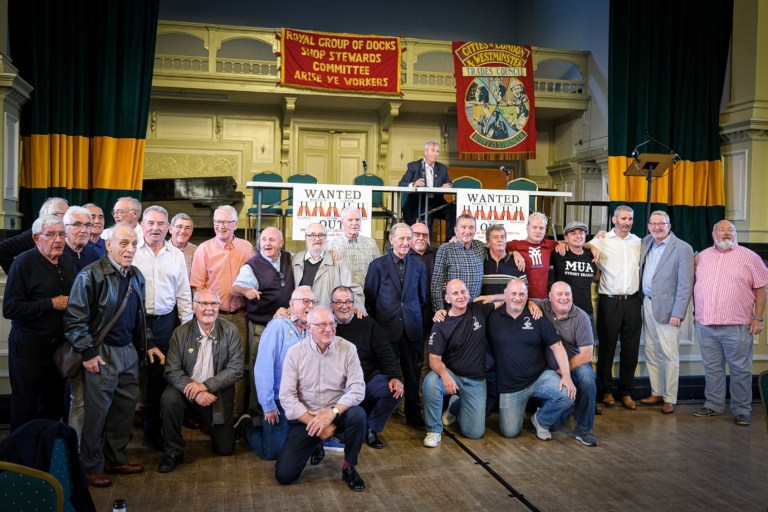 In the face of TUC co-ordinated opposition Wilson rowed back from In Place of Strife but the damage was done. The Conservatives won the General Election in 1970 and set about constructing their own reform of industrial relations with the Industrial Relations Act, 1971.

In February and June 1972 the LCDTU organised two conferences, attended by about 1,200 shop stewards and activists, to mobilise opposition to the Industrial Relations Act and the National Industrial Relations Court, the special division of the High Court set up under the terms of the Act. The June conference pledged action should any shop steward or activist be jailed for breach of the IR Act.

The docks industry was finally decasualised in 1967. However, by 1970 with dock and lighterage companies going out of business, hundreds of dock workers were returned to the NDLB Temporary Unattached Register, casual working again.

In the early 1970s trade unionists were confronted with the legal challenge of the IR Act and at the same time the challenge of technological change that would accelerate in the last decades of the twentieth century. For dockers the technological development was containerisation. The shop stewards embarked on a campaign that argued the stuffing and stripping of containers was dock work and should be carried out by registered dock workers even if not carried out in the docks.

The road to Pentonville started in March when a haulage company, Heatons, was granted an injunction by the NIRC against the T&G to prevent boycott action in a dispute where the company would not agree to employ registered dock workers to carry out stuffing and stripping.

In April Heatons commenced proceeding for contempt but as the T&G had a policy of non-cooperation with the IR Act it did not attend the court; it was fined ÂŁ5,000 in its absence. Dockers in Liverpool voted to continue their boycott action against hauliers not prepared to meet their terms. Heatons and another haulier, Craddocks, applied for contempt proceedings after a further injunction had been ignored; this time the T&G was fined ÂŁ50,000 in its absence.

London dockers, in April commenced boycott action against Hayes Wharf, owners of a cold storage depot in Dagenham which did not employ registered dockers. By May the dockers were boycotting work from Dagenham Storage and UK Cold Storage, Hayes Wharf companies. By June the boycott action included the Chobham Farm depot in Stratford.

The NIRC of course held that stuffing and stripping was not dock work and issued an injunction for the boycott to cease which was ignored. On 16 June a court officer, the Tipstaff, was sent to arrest three shop stewards, Bernie Steer, Vic Turner and Alan Williams for contempt. Across the country 35,000 dock workers went on strike in response. The little known Official Solicitor then ruled that there had been insufficient evidence to convict and the warrants were stayed.

In early July the NIRC was advised that another firm in east London, Midland Cold Storage, was subject to boycott action. On 6th July the court heard evidence from private detectives hired by the company about the shop stewardsâ€™ movements and activities; on 8 July the court issued interim orders against named shop stewards, Steer says they will carry on.

Friday 21st July the NIRC issued arrest warrants for Steer and Turner plus Conny Clancy, Tony Merrick and Derek Watkins; when arrested, they were taken to Pentonville Prison. On the day of the warrants being issued there was a London shop stewardsâ€™ meeting but when the news came through no names were relayed to the meeting. Clancy and Merrick were arrested outside Midland Cold Storage; Watkins and Steer were arrested at home.

The next day, Saturday 22nd July, at a rally on Tower Hill, involving printers, miners and dockers, it was agreed to march on Pentonville Prison. The combined forces of dockers, miners and printers then marched to Fleet Street to, successfully, call out the print workers and ensure no Sunday titles were published with their biased stories about the Pentonville 5.

The news bulletins were carrying stories that Turner was in hiding. If he was, he was hiding in plain sight as he was seen in a number of East End pubs on Saturday evening. On Sunday 23rd July, Kevin Hussey (co-author) and his cousin Colin Coughlin, both dockers and union activists, bumped into Vic Turner on Barking Road; the three decided to go to Pentonville.

On arrival outside the prison Tuner was given a heroâ€™s welcome as he put on a picketâ€™s armband. Of course all the cheering alerted the police to his presence; a senior police officer asked Turner if he was indeed Vic Turner and if yes, would he accompany him. Turner replied â€śno thanks.â€ť The officer returned half an hour later with the Official Solicitor who confirmed Turnerâ€™s identity and he was duly arrested.

On Monday 24th July train drivers at Waterloo, ASLEF members, struck in support of the jailed dockers. The TGWU in Scotland called out it members; all across Britain industrial workers struck â€“ rail, buses, airports, mines, engineering and shipping. Much of this solidarity work was organised by activists associated with the LCDTU.

At the TUC General Council the engineering union, the AUEW led by Hugh Scanlon, supported by the TGWU’s Jack Jones, successfully moved a motion calling for a general strike to ensure the release of the jailed dockers, the first time since 1926 such action would have been taken. The date set was Monday 31st July.

Faced with mass solidarity action and TUC mobilisation the Government again instructed the Official Solicitor to intervene; to find a means to get the 5 out. His argument was that the evidence given by private detectives couldnâ€™t be relied upon to convict; the 5 were freed, carried shoulder high from the prison and welcomed by a mass rally on Wednesday 26th July.

The Industrial Relations Act became a dead a letter, no other employer ever resorted to using its provisions.

Also in 1972 the miners struck for higher wages, were awarded a â€śspecial caseâ€ť pay rise and struck again in 1974. A strike that provoked Heath to go to the country on a â€śwho runs the country the government or the unionsâ€ť platform – the electorate replied clearly not you and voted in a Labour Government in two General Elections in 1974, a government that quickly repealed the Industrial Relations Act.

In 1971 workers at Upper Clyde Shipbuilders under threat of closure occupied the yards and started a work in. This sparked a wave of occupations and work ins. In 1972 workers at Briant Colour, printers in south London, occupied and worked in producing propaganda material for the striking dockers, particularly the iconic poster calling for the release of the Pentonville 5.

It did not all go the way of the workers though. In 1972 a national building workersâ€™ strike was defeated which had two devastating consequences. The building employers decided never again to have a large directly employed workforce so embarked upon a process of casualising the industry with most building workers in the private sector having to opt for bogus self-employment. Secondly, a group of workers picketing a building site in Shrewsbury were fitted up by the police and convicted of serious public order offences, some went to prison. It has taken until the present time to clear the names of the Shrewsbury 24 as they became known.

The Conservatives did not waste their time in opposition. From 1974 to 1979 they worked on the most detailed plans to privatise state assets and smash the unions, in the case of coal both of these objectives were dealt with in one blow in 1984/85, particularly with the militarisation of the police. In 1989 they abolished the National Dock Labour Scheme which heralded the return of casual working in the docks.

They also enacted from 1980 a whole series of anti-union laws that were designed to stop unions organising effective industrial action. These laws achieved the Conservativesâ€™ long term objective of making unions liable for the actions of their lay representatives unless a union repudiated its repsâ€™ actions. The target in all of this was the opening up of union funds to damages claims; they had learnt their lesson from the Heath years, no shop steward was to go to prison, there would be no more martyrs. Subsequent laws interfered with unionsâ€™ internal elections and with their political arrangements. A total package designed to demobilise and demotivate workersâ€™ resistance to neo-liberalism.

We should rightly celebrate the Pentonville 5 and all that was achieved in 1972. What weâ€™ve not got to grips with is the series of laws passed since 1980. Look at what happened at P&O Ferries earlier this year, an employer blatantly breaks the law on collective consultation and fires and replaces the crews. Other workers in the ports and elsewhere are legally barred, or at least their unions are, from positively responding to any calls for solidarity action to stop the employer dead in its tracks.

The current strike wave in connection with the cost of living crisis may now bring the operation of these laws into sharp relief and many will be looking to the Labour Party to go beyond its current welcome proposals in A New Deal for Working People and commit to give effect to a repeal of Thatcherâ€™s laws 40 years after they were enacted.

Kevin Hussey is a former London docker, a shop steward (National Amalgamated Stevedores & Dockers and T&G) and a veteran of the Pentonville 5 campaign; he was one of the shop stewards dismissed in 1989 when taking strike action to defend the National Dock Labour Scheme

Adrian Weir is the TULO Officer at Hornsey & Wood Green CLP and Assistant Secretary of the Campaign for Trade Union Freedom.