French Unions Gear Up For Fight With Macron Over Labour Laws 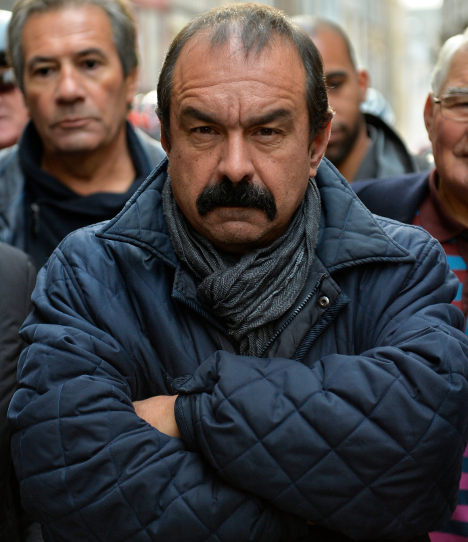 French unions lead by the CGT and the new government ofĀ  Emmanuel Macron the new French President are to use the traditionally long summer holidaysĀ  to set out the ground for a battle over French employment rights. Macron is proving that he is no friend of labour unions and has warned unions he intends to āreformā Franceās labour code before the end of this summer.

Mr Macron said during his presidential campaign that he planned to ‘fast-track’ legislation through use of ‘executive decrees’ but unions have urged the government not to rush through the reforms handing France more neoliberal labour laws which will reduce Franceās strong workersā rights and protection.

Workers in France are protected under a powerful 3,000-page labour code and althoughĀ  about 7 per cent of workers are union members, unions play a significant role in employment relations and they are normally able to mobilise mass demonstrations and strikes which are widely supported by workers.

But Prime Minister Edouard Philippe says they intend to prepare reforms during the long summer holidays in France when factories and offices close or run with reduced staff and many workers are away for three or more weeks.

Mr Macron had been accused of using the break to undermine the unionsā ability to organise against the legislation. It now seems more likely Macron will use the holiday period to prepare the ground for the reforms.

Unions are also going to use the holiday period to set out their stall. Fabrice Angei, a CGT official, said. āWeāre setting out to argue, explain and convince people to join us, and this work will continue through the summer.”

Strikes, rallies and a rebellion in parliament were two factors that stopped Francois Hollandeās governmentās attempts to introduce similar reforms.

Mr Macron was a minister in that government between 2014 and 2016 before he quit to launch his presidential bid.

In a document released recently, the government broadly stuck to measures contained in Mr Macronās campaign manifesto including the capping of compensation for unfair dismissal cases.

Macron intends to try to split the French trade unions. Two of the biggest union federations appeared willing to engage in talks with the government. āI donāt think the unions will want to make a snap judgement since we only just got this letter from the government,ā Laurent Berger of the moderate CFDT union said on French TV.

And the smaller FO union said the reform plan contained both positive and negative points.

But the more powerful militant CGT union, which represents many transport and manufacturing workers and takes the lead in mobilisation, said it disagreed with the reforms and called on workers to protest over the coming weeks commencing with a demonstration on the opening day of the French parliament.

CGT leader Philippe Martinez said after meeting Mr Macron that he was looking for a āloyalā negotiation between the government and the unions, signalling that the presidentās reforms might not be as quick as he would like. Martinez is playing his cards carefully. The CGT is calling on all workers to join a national protest day of action on September 12th and recognises that other unions may take a softer line than the CGT position.

A key issue is pensions: Mr Macron has said he wants to merge 37 pension systems into one, including the workersā pensions at the state-owned EDF utility and SNCF railway companies.

This is an updated version of an article which first appeared in the Morning Star on June 14th.Ā