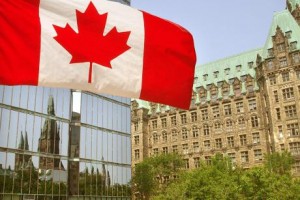 Trade negotiations between the EU and Canada concluded in October 2014, but France and Germany now want to make changes to the CETA agreement‚Äôs investor-state¬Ýdispute settlement (ISDS) clause. EurActiv France reports.¬Ý

But¬ÝFrench and German ministers now¬Ýwant to review the content of the Canadian agreement, in order to remove any potential¬Ýdifficulties from its dispute settlement mechanism, the ISDS clause. The clause¬Ýis designed to protect investments by allowing recourse to arbitration tribunals in the case of conflicts between private companies and states.

The French Secretary of State for Foreign Trade, Matthias Fekl, travelled to Berlin on 21 January to discuss the issue with the German Minister for the Economy Sigmar Gabriel,¬Ýand the State Secretary at the German Federal Ministry for Economic Affairs Matthias Machnig.

In a joint declaration, the ministers of the EU‚Äôs two largest economies asked the European Commission, which steers trade negotiations on behalf of the 28 EU member states, to examine “all the options for modifying” the ISDS¬Ýclause in the agreement with Canada.

This request from Paris and Berlin comes after the Commission published the results of a public consultation over the inclusion of the ISDS¬Ýin the EU-US trade deal currently under negotiation, the Transatlantic Trade and Investment Partnership (TTIP).¬ÝAn overwhelming majority of the 150,000 responses opposed the¬Ýmechanism.

If French and German opposition to the arbitration clause is nothing new, France and Germany are breaking new ground in asking for the negotiations with Canada to be reopened.

A source in the French Ministry of Foreign Affairs welcomed the development. He said,¬Ý“What is important is that the Germans are for the first time accepting the link between the arbitration clauses in CETA and TTIP”.

Negotiations on the Comprehensive Economic and Trade Agreement (CETA) between the EU and Canada began in May 2009. They¬Ýwere concluded¬Ýin October 2013. The ratification will¬Ýbegin in the first semester of 2015.

Though it comes at a later stage in the process, the debate over arbitration in CETA is closely linked to that of TTIP. If the principle of arbitration tribunals is accepted in one agreement, it sets a precedent.<