Five ways to clamp down on modern slavery 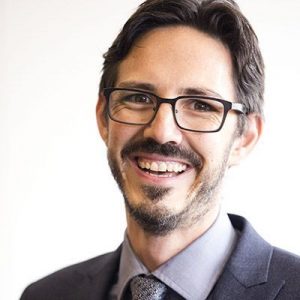 Five years after companies became subject to new modern slavery laws, workers still experience extreme exploitation in many parts of the UK economy. The government should use the upcoming Employment Bill to make progress towards abolishing modern slavery in the UK for good.

Last week marksed the fifth anniversary of the introduction of mandatory modern slavery statements for UK employers.Â These require big companies to confirm the steps they have taken to ensure that slavery and humanÂ trafficking are not taking place in the business (or in any supply chain).Â ButÂ loopholesÂ in the legislation meanÂ that employers canÂ simply declare that no steps have been taken.

InÂ Britain, high-risk sectors for modern slavery include domestic work, agriculture, logistics and services such as nail bars and cleaning, with the number of slaves in the UK almost certainly higher than the â€Ż10-13,000 the government estimates.Â The coronavirus outbreak shone a spotlight on practices in the Leicester textile trade whereÂ a local MP hasÂ claimedÂ 10,000 people are working in conditions of slavery.

Meanwhile, trade unions,Â journalistsÂ andÂ academicsÂ have long warned ofÂ employment rights abuses in the city.Â And a recent independent inquiry into online retailer Boohoo, which is the dominant customer for the cityâ€™sÂ garmentÂ factories,Â foundÂ â€śendemic problemsâ€ť includingÂ potentially life-threatening fire risks and failure to pay the minimum wage.Â TradeÂ unions are the way forwardÂ The TUC has beenÂ workingÂ withÂ Leicester city council to persuade clothing brands to only source from factories that allow access to trade unions toÂ ensure good health and safety and employment practices are being undertaken.

This wouldÂ ensure workers are well-treated and that reputable clothing brands feelÂ comfortable sourcing supplies from the city.Â But there also needs to be an overhaul of existing laws to moveÂ modern slavery reportingÂ fromÂ box-ticking toÂ an obligation forÂ companiesÂ to take serious actionÂ on slavery in their supply chains or face enforcement action and publicÂ condemnation.Â Last year,Â an independent review of the 2015 Modern Slavery Actâ€ŻmadeÂ clear that much more robust action is needed from government to tackle this scourge.

The TUC believes that government and clothing retailers need to get a grip of this problem.Â We propose:

Some of these measures, such as licensing, would require secondary legislation.Â Others, such as trade union access, could be achieved through an agreement by the major clothing brands that theyâ€™ll only source from factories that provide trade union representatives with unhindered access.

However, we also believe that trade union access to discuss the benefits of membership should be enshrined in law.Â The forthcoming Employment BillÂ is a fantastic opportunity forÂ the government to take serious steps towards abolishing modern slavery in the UK for good.