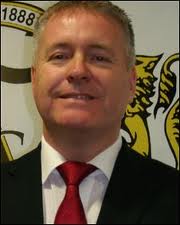 As the grapple with coronavirus continues to dominate headlines another, equally important, fight is very much alive and kicking in this country ‚Äì the fight against the attack on workers‚Äô rights.

Last week an article in the FT gained attention when it reported on the government‚Äôs plan to set the bonfire on workers‚Äô protections enshrined in EU law, including ending the 48-hour week, as Brexit was finally made official over the new year.

But this is just the tip of the iceberg in what has become a full-blown assault on workers‚Äô rights that has intensified since the beginning of the pandemic.

Perhaps the cruellest trend of this onslaught is the in-vogue practice of fire and rehire. Hundreds of thousands of workers up and down the country have been subject to fire and rehire practices often leaving them on contracts with much worse pay and conditions than before.

All the while the richest in our society have hoarded billions throughout the pandemic ‚Äì British billionaires are worth 34.7% more in October 2020 than the previous year.

Attempting to erode rights in the workplace is deeply ingrained into the Tory way of thinking, and that they have used this global health crisis as a means to achieve their goals is contemptible even for them.

But we also should not be surprised. In 2012, five recently elected Conservative MPs co-authored a book entitled ‚ÄòBritannia Unchained,‚Äô setting out their vision for Britain. The book labelled the British workforce as the ‚Äòworst idlers in the world‚Äô, blaming them for Britain‚Äôs economic woes rather than the businesses who employed them.

Four of the authors of that book, Kwasi Kwarteng, Priti Patel, Dominic Raab and Elizabeth Truss are all now members of Boris Johnson‚Äôs cabinet, holding significant power over the ideological direction of the current administration.

It is obvious then that this assault is no accident and will continue unless we learn to fight back and resist.

We have witnessed the GMB union do this British Gas in recent weeks in their battle against the proposed unfair changes to working conditions. Another example is the victory for Unite workers at the Barnoldswick Rolls Royce factory, where a campaign including nine weeks of strike action saw a deal struck between Unite and the company‚Äôs management to save 350 jobs and subsequently their community.

Workers such as those at British Gas do not want to strike. They know the inconvenience and difficulties it will cause people. But nor do they intend to stand idly by while their rights as loyal workers are stripped away in front of their eyes by a company who recorded an operating profit of ¬£901m in 2019, and whose CEO earns 20 times the basic salary of an experienced British Gas engineer.

Businesses need to know that if they provoke their employees then they can expect a reaction and that the only path to a solution is by listening to those who they rely on for their company to operate.

That it is now considered plausible to get away with fire and rehire policies in the first place shows already how attitudes to workers‚Äô rights have strayed. Likewise, it should trouble us that proposals for outlawing fire and rehire practices have proven so controversial here in the UK when in other EU countries such as in Ireland and Spain they are already banned.

The situation that has developed over the course of the pandemic and before should alarm workers up and down the country to the fact that the rights we have perhaps begun to take for granted are there because those who came before fought for them, and if we want them to stay then that fight must continue.

This pandemic has vividly revealed just how much society depends upon key workers, not the CEOs and stakeholders. It is important, when they come for your rights as they have at British Gas, that you do not forget this and that when things get tough they need you more than you need them.

The spirit of workers in struggle in the battle for their communities and a better Britain is embodied by the victory of workers at Barnoldswick. We need to take strength as a movement from victories like these and those in workplaces up and down the country. We must build upon those workers who are winning battles on a daily basis up and down the country. As trade unionists we stand on the shoulders of giants and we must continue to build into the future so the country we pass to the next generation is better than the one we inherited. Together we stand divided we fall.