FBU : White Paper is a threat to union rights 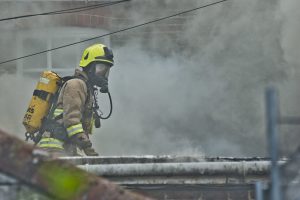 Below is a letter sent to all members of the Fire Brigades Union by General Secretary Matt Wrack to its members about the Governmentâ€™s white paper on fire and rescue.

The Home Secretary and the Fire Minister for England yesterday launched their long anticipated White Paper on the fire and rescue service. While this applies directly only to services in England, it has much wider implications for all FBU members.

The White Paper is a consultation process to which responses are invited. The documents can be found on the governmentâ€™s website.

The consultation on the White Paper will continue until 26 July. We will provide more detailed briefings and analysis on the content of the White Paper in the next couple of weeks. We will also discuss with FBU officials through the Executive Council the responses of the FBU to the questions raised. The following are, therefore, initial comments only.

Anti-union agenda
It is disappointing to see again that government ministers appear to have listened to the one sided and anti-union agenda of the former Chief Inspector, Tom Winsor and a number of disgruntled Chief Fire Officers. The White Paper criticises the long-standing arrangements for industrial relations (the NJC,Â opening the door to a possible attack on our rights.

As we have explained previously, Mr Winsor, during his time at the inspectorate (HMICFRS), devoted much of his time to attacking the FBU, rather than looking with any seriousness at what might actually be wrong in the fire and rescue service. Â It is ridiculous that anyone should even attempt to analyse the FRS without seriously taking account of the views and experience of those on the frontline. Sadly, that is precisely what has happened under Mr Winsor.

The agenda of certain Chief Fire Officers, supported by the NFCC, is to create a situation whereby firefighters can have their roles and responsibilities changed unilaterally and without negotiation. They wish to be able to order firefighters to undertake any work identified by the Chief Fire Officer without question or challenge; the dangers of this will be obvious to all.

The FBU, as expressed through our conference, has determined over several years that we are willing to discuss the roles and responsibilities of the service and of our members. We have also been clear that any such change must be delivered by negotiation and agreement. Ironically, the main obstacles to progress on this have been a number of Chief Fire Officers and government ministers. Chief Fire Officers have often sought to force firefighters to undertake additional work without any consideration of additional pay or reward. Â In turn, for more than a decade, government ministers have repeatedly avoided the questions posed by the FBU and the fire service employers, seeking clarification on the roles expected of our service by central government.

Â The White Paper clearly poses a significant challenge to our service and to our rights as workers. We will provide further comment and analysis shortly.