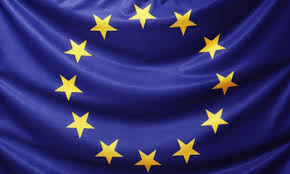 An┬Āimportant judgment from the Court of Justice of the European Union concerning a Finnish case has been pronounced this week.

The judgment confirms the right of Member States to prohibit and restrict temporary agency work, and it is a complete victory for the Finnish trade unions and for the European trade union movement.

The CJEU has pronounced a judgment concerning a request from a Finnish court for a preliminary ruling in the case where the Finnish transport sector trade union AKT ry has brought an action against Shell Aviation for infringing a collective agreement in Finland.

The collective agreement stipulates that user undertakings must restrict the use of temporary agency workers to work peaks or other tasks restricted in time or in nature, which cannot be given to workers of their user company due to urgency, the limited duration of the work, required professional knowledge and specialised equipment or similar reasons.

The Finnish court ty├Čtuomioistuin has requested the CJEU for a preliminary ruling concerning the meaning of Article 4(1) of the Temporary Agency Work Directive, 2008/104/EC, (TWA Directive). The first question of the Finnish court is whether Article 4(1) in the TWA Directive is to be interpreted as laying down a permanent obligation on national authorities, including the courts, to ensure by the means available to them that national legislation or terms in collective agreements contrary to the directive are not in force or not applied. Article 4(1) of the TWA specifies under which conditions prohibitions or restrictions of the use of temporary agency work can be justified.[1]

Whilst the Opinion of the General Advocate in November last year was unfavourable towards the demands of the trade union and talked about balancing collective agreements against economic freedoms, the judgment of the Court, pronounced on 17 March 2015 (Case C-533/13), is a complete victory for the Finnish trade unions but also for the European Trade Union movement, in the sense that the CJEU confirms the right to restrict temporary agency work in order to protect workersŌĆÖ interests, without any subordination of TWA Directive under the economic freedoms.

The CJEU says that the obligations in Article 4(1) is addressed solely to the competent authorities of the Member States, and not to the national courts. According to the CJEU, it follows that ŌĆ£the provision does not impose an obligation on national courts not to apply any rule of national law containing prohibitions or restrictions on the use of temporary agency work which are not justified on grounds of general interest within the meaning of Article 4(1).ŌĆØ

The double negation here means that the restrictions on the use of temporary agency work laid down in the Finnish generally binding collective agreements cannot be overruled by a Finnish court, referring to the TWA Directive.

[1] ŌĆ£ŌĆ” grounds of general interest relating in particular to the protection of temporary agency workers, the requirements of health and safety at work or the need to ensure that the labour market functions properly and abuses are prevented.ŌĆØ