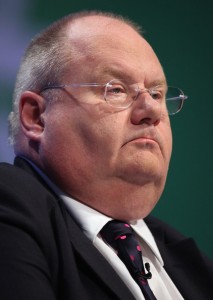 The Department for Communities and Local Government had tried to unilaterally end a decades-old system for collecting union subscriptions through salaries ‚Äì an arrangement that costs the department just ¬£300 a year to administer.

But a High Court judge ruled today the move was a breach of contract and must be reversed, and that DCLG will have to pay the union’s legal costs as well as its own.

The judge agreed with the union that having union subscriptions deducted through salaries ‚Äì known as ‘check off’ ‚Äì forms part of DCLG staff members’ contracts and therefore could not be withdrawn without consent.

Pickles has previously advised local authorities to end check off but was the first cabinet minister to attempt to apply it in the civil service.

PCS general secretary Mark Serwotka said: “It is staggering that Eric Pickles pressed ahead with this reckless and political attempt to undermine our union in his department.

“Pickles has very serious questions to answer about why he decided to spend tens of thousands of pounds of taxpayers’ money fighting to scrap something that costs less than ¬£30 a month.”