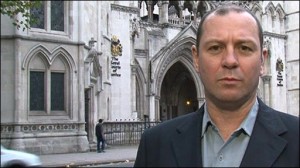 As the Coalition‚Äôs self-defeating programme of cuts and austerity continues to wreck havoc across the UK economy, questions of dignity in work and the exploitation of often desperate, vulnerable workers in the worlds seventh richest economy are back on the agenda following revelations that over a million workers are now employed on zero hours contracts.

Employed by some of the UK‚Äôs largest employers, ‚Äòzero hours‚Äô workers, their families and in many cases whole communities now find themselves in growing poverty, not knowing whether you‚Äôll be working week to week or for how many hours. Of course there‚Äôs little new in the use of exploitative contracts; employers have used a whole array of casual, temporary, so called ‚Äòself employed‚Äô and agency arrangements to reduce costs and avoid their responsibilities for decades.

More recently the ‚ÄòSwedish Derogation‚Äô has been widely used in the UK to avoid legal requirements to ensure equal pay with direct employees.

The resulting health issues and growing anxiety for workers are severe including fears over the continuity of JSA, tax credits and other benefit payments, childcare provision, rent, utility bills, travel and even food for the table.

Workers are often only paid for contact time – not for call out, on call or travel time (even between clients as in the case with many home care workers), forced to work hand to mouth, week to week with no commitment from an employer who often demands your exclusive and short notice availability.

Unite has proposed a number of measures aimed at addressing legal issues that arise from zero hours contracts.

The above represents a clear and effective way of banning zero hours contracts and this, coupled with on-going, well resourced industrial and community organising initiatives by the trade unions, will offer real hope and an alternative vision of our society to the millions currently affected by this form of gross exploitation.