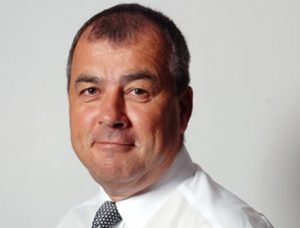 The number of employment tribunal claims shot up in the months after fees were declared unlawful, the head of the conciliation service has revealed.

Sir Brendan Barber, chairman of ACAS, said demand for its early conciliation service rose by 20 per cent over the two months after Julyâ€™s Supreme Court decision.

There was a 60 per cent jump in tribunal claims compared with the same period a year earlier.

Sir Brendan said the court ruling had proved a â€śsignificant outcomeâ€ť for those who argued that tribunal fees were a barrier to accessing justice.

The Supreme Court upheld a challenge by Unison that the charges were discriminatory.

Sir Brendan predicted there could be â€śchallenging disputesâ€ť in the public sector in 2018 because of continuing tensions over pay not keeping up with inflation.

He said pay will be high on the agenda this year as all large employers will have to publish the differences between men and womenâ€™s pay in April.

In a new year blog, he said: â€śRight across the economy, living standards are facing a squeeze.

â€śAs was recognised in the new industrial strategy recently, improving the UKâ€™s productivity is the key challenge that can deliver higher living standards.

â€śNext month will see the end of the consultation period on the Financial Reporting Councilâ€™s new corporate governance code, which includes guidance around how companies can ensure workers have a greater voice in boardrooms.

â€śThis could herald a new recognition of the importance of workplace relations in our economic performance.â€ť

Tribunal fees of up to ÂŁ1,200 were introduced by then lord chancellor Chris Grayling in 2013. In January last year official figures showed that the number of claims had fallen by a staggering 70 per cent.

Unison twice fought unsuccessfully for a judicial review and lost an appeal before the Supreme Court finally ruled in its favour.

In their ruling, the judges suggested that ministers had infringed Magna Carta, which did not prohibit court fees but offered â€śa guarantee of access to courts which administer justice promptly and fairly.â€ť

By Conrad Landin and Alan Jones