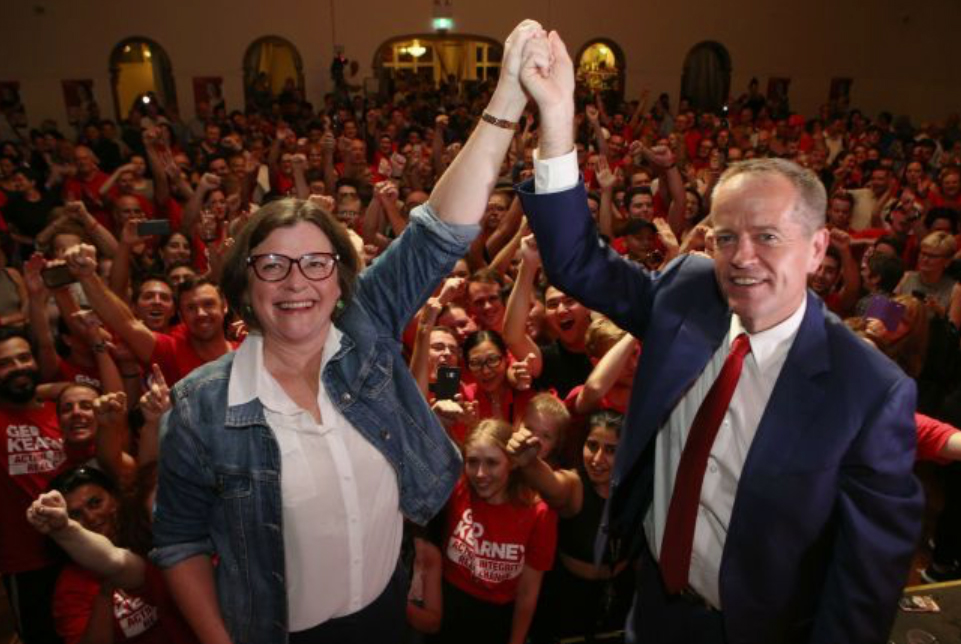 From Barry Camfield in Australia : An example of a progressive woman trade unionist winning a parliamentary seat, in a seat called ‚ÄúBatman‚Äù, with a commitment to fight for unions and workers interests.

A by-election for the Australian House of Representatives seat of Batman took place on 17th March 2018.

This was a big win for Labor. A morale boosting victory heading into a federal election in the next 12 months in a seat the Greens have been threatening, and promising, to win for years.

As big a win for the ALP this was a savage loss for the Greens. This was Alex Bhathal’s sixth attempt at Batman. Over her career she had successfully whittled away Labor’s lead in Batman in previous elections from a safe seat to falling agonisingly close in 2016 when the party fell less than 2,000 votes short.

Now the margin is out to 4 per cent and Labor is winning the primary race.

“On behalf of working people across the country and the Australian trade union movement I congratulate Ged Kearney on her win in Batman.

¬Ý‚ÄúGed has been a tireless advocate for working people for decades ‚Äì in our hospitals, as the national leader of nurses and midwives, as ACTU president and now as the member for Batman.

¬Ý“As working people fight to change the rules so Australia is a fairer and better country, they will have an ally in Canberra in Ged Kearney.