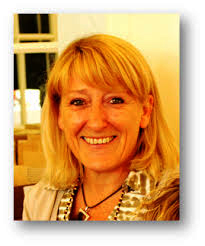 The Trade Union Bill announced in the Queen‚Äôs speech holds few surprises. We knew it was coming. The Tories and their big business friends don‚Äôt like ‚Äúthird party interference‚ÄĚ in the labour market. To them unions are a hindrance – and a popular one at that! So the Conservatives hope that by tying unions up in ever more restrictive laws, unions will fail to deliver their promises to provide a voice in the workplace and to protect workers‚Äô rights.

So what‚Äôs the Tory plan of attack?¬†First they came for the strikers.

As John Hendy QC has quite rightly said, collective bargaining without the right to strike is collective begging. Not surprising then that the first target of the Tories is to further restrict our right to take strike action.

By demanding a 50% turnout threshold in a ballot and an additional 40% yes vote requirement in ‚Äúcore public services‚ÄĚ (health, education, transport and fire services), the Tories hope to make it impossible for unions to organise lawful strikes. Add to that the new time limitations on ballot mandates and the Bill is an open invitation to employers and courts to interfere and delay legitimate industrial disputes.

To make it worst, even during official industrial action, new laws will allow bosses to bus in agency workers to cover the jobs of strikers, abandoning a law that‚Äôs been in place since 1973. Any attempt to picket the workplace to prevent the use of scab labour will be subject to new criminal sanctions, backed up by new and intrusive surveillance legislation.

Then they came for the trade union reps

It is a fact that workers in unionised workplaces enjoy better terms and conditions. Why? Because trained trade union reps are active in the workplace negotiating, representing and promoting the wellbeing of the workforce.

That role is ever more important as inequality in power and wealth increases. According to a recent report from the OECD ‚ÄúWe have reached a tipping point. Inequality in OECD countries is at its highest since records began.‚ÄĚ

Trade unions help to rebalance power relations in the workplace ‚Äď a fact commonly recognised by 70% of respondents in MORI polls who say unions are ‚Äúessential to protect workers‚Äô interests‚ÄĚ.

To undermine that fundamental role of trade unions, the last government put a cap on the proportion of the civil service pay bill that could be spent on trade union facility time, restricted the number of union reps given full time release and banned paid time off for trade union activities. Now the government propose to extend those restrictions across local government and into the private sector.

Then they came for trade union finances

Plans are also in place to change how unions collect their membership fees ‚Äď both through individual payments and through check-off arrangements. Believing that money is power, the Tories are determined to try and undermine trade union finances to make it¬†¬† difficult for unions to operate effectively.

¬†Then they removed our rights

Undermining the role of unions at work is fuelled by Tory determination to deregulate the workplace. They want a labour market free from what they call ‚Äúred tape‚ÄĚ and what we call rights at work. They want to use the UK labour market as an example of what could be achieved throughout Europe if governments were determined enough to resist unions, remove employment rights and restrict the rights of workers to withdraw their labour.

Then they removed our benefits

The back drop to this Bullingdon Boy Bill, is a set of additional proposals aimed at slashing benefits and creating a reserve army of workers forced to beg for any type of ‚Äúapprenticeship‚ÄĚ or free work on offer ‚Äď including as scab agency workers.

Now we must stand together

This is a divide and rule Bill. The Tory aspirations are clear. They want cheap workers, unable to withdraw their labour, unprotected by either trade unions or employment rights and threatened with destitution if they refuse to accept low-standard work.¬†¬† The Tories believe that money is power. We know that power lies in numbers and that by standing together and supporting each other we stand a better chance of winning. Our aspirations have to be to educate, agitate and organise. We are the many ‚Äď they are the few.