Ballots, the courts and the need for radical reform 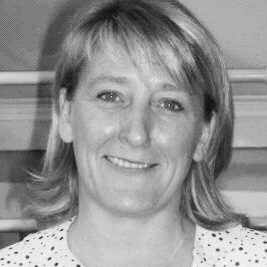 Since 1980, no fewer than 10 pieces of anti-trade union legislation have been introduced in the UK.

Those laws have been criticised again and again by the international bodies that monitor trade union laws around the world. ItŌĆÖs an embarrassment to our country that the UK is now recognised as a serial international law breaker.

When Margaret Thatcher first started this attack on trade unions, she claimed it was to ŌĆ£give unions back to their membersŌĆØ and to control ŌĆ£over powerful unionsŌĆØ.

The CWU court case highlights the perverse extent to which those laws are now being used to stop unions implementing the democratic decisions of their members and to prevent workers from taking action against over powerful employers.

On Wednesday in the Court of Appeal, Lord John Hendy tried in vain to defend the CWU against a Royal Mail injunction aimed at stopping postal workers striking in protest against unilateral changes by their employer to previously negotiated agreements.

Despite the CWU securing a turnout of 76% in the ballot and a massive 97% vote in support of action, the Court ruled against the CWU.

In his judgment, Justice Swift held that the union ŌĆśsubvertedŌĆÖ the law requiring postal balloting by encouraging members to open their ballot envelopes at work. He said: ŌĆśThis was an interference that was accurately described as improper. Strike ballots should be postal ballots. Each voter should receive a voting paper at home. ŌĆśWhat CWU did was a form of subversion of the ballot process. It was an interference with voting.ŌĆÖ

How did we get here?

The introduction of ballots is a good example of the step-by-step approach adopted by previous Governments to shackle trade unions in red tape which so often prevents unions taking lawful action. The chronology of balloting law below highlights how the law has been repeatedly tightened to restrict union action.

A quick glance shows how first (under Thatcher) money was offered to encourage unions to ŌĆśvoluntarilyŌĆÖ ballot their members. Then they made ballots compulsory, then secret, then at every workplace, then by post only. Now the very complexity of the balloting process provides scope for challenges to democracy like that in the CWU case.

In the past, attempts have been made to hold back the tide of anti-trade union laws. In 2008 the Institute of Employment Rights, the Campaign for Trade Union Freedom and John McDonnell attempted to change the UKŌĆÖs draconian framework of trade union laws by introducing a Trade Union Freedom Bill into the House of Commons. Shame to say it failed to receive the support of New Labour and did not reach the statute book.

Two years later, and again with the help of John McDonnell, the Lawful Industrial Action (Minor Errors) Bill (LIAM) was introduced in Parliament. The aim of LIAM was to stop the democratic decisions of workers being overturned by judges. Again, the Bill failed to reach the statute book.

Now, with a general election due, the possibility of a new piece of progressive legislation making it to the statute book is closer than ever.

The Labour Party has already committed to the creation of a Ministry of Labour tasked with providing a voice at the Cabinet table for the UKs workforce and the creation of both a specialist Labour Court and a Labour Inspectorate to monitor and enforce a new framework of laws suitable for the 21stcentury.

The IER, backed by CTUF, also propose that union ballots should be allowed at the workplace or online as well as by post and, recognising that the right to strike is protected in international law, we propose that every worker should have┬Āand that unnecessary and unfair red tape preventing such action should be removed.

Other proposals include, proper protection against dismissal for those who take lawful industrial action and the right to strike should extend beyond taking action against your nominal employer.

As the late Bob Crow wrote in a CTUF article back in 2010 ŌĆ£The law is an anti-union assŌĆØ.

ItŌĆÖs time for those laws to be replaced with a progressive framework of laws that matches international obligations and is fit for the 21stcentury. Its time for change.