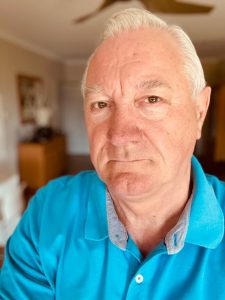 Here in Australia, despite the ongoing pandemic and the selfless heroic efforts of nurses, doctors, ambulance crews and countless other health and public sector workers, the Liberal (Tory) Coalition Govt of Scott Morrison and his Nationalist mates continue to pursue attacks on workers and their trade union power and freedom.

This wretched Government‚Äôs latest IR Bill passed the Senate yesterday, stripped of all but one of its major provisions.

This was a win for unions, workers, and the community who campaigned against the changes.¬ÝSome of the worst aspects of the original IR Bill have been fought off. Thankfully there will now be:-

*No changes to Greenfield Agreements for major construction works, (which would have seriously impinged on workers‚Äô wages and rights).

*No changes to bargaining arrangements, and

*No changes to rights for part-time workers.

But the Bill represents a major setback for so-called ‘casual workers‚Äô.

Since the Government announced the legislation last year, Australian Unions, Labor, and the Greens have consistently opposed the Bill. They were joined by thousands in the community who saw these ‚Äúreforms‚Äù for what they were: a dangerous attack on hard-won rights, that would entrench casualisation and shape workers‚Äô conditions for decades to come.

The failure of the Bill is a vindication of their efforts, but it came at a cost. So, what happened?

Labor and the Greens opposed the Bill from the outset, meaning its passage would depend on the Senate crossbench. Senators Rex Patrick and Jacqui Lambie did vote against.¬ÝEarlier this week, One Nation senators agreed to support the Bill, making minor changes to new, punitive rules for ‚Äúgreenfields‚Äù agreements and casual workers that left the substance of the Government‚Äôs attack on working people intact.

This left the amended Bill in Senator Stirling Griff‚Äôs hands. Yesterday morning, Griff called the Government‚Äôs actions ‚Äúshameful‚Äù. Nonetheless, he agreed to pass changes to the rules on casual employment contained within the Bill.

Griff and the rest of the Senate all supported the one, good thing in this Bill: higher penalties, and the criminalisation of wage theft.

Yet even a bill slimmed down to two, core components‚Äîone bad, one good‚Äîwouldn‚Äôt make it to the Senate floor. At the last minute, the Morrison Government removed the new wage theft laws from the Bill ‚Äì which passed, thanks to One Nation and Sterling Griff.

The Bill will now return to the House of Representatives, where it is expected to be passed into law. Morrison says he is unlikely to push through the defeated provisions.

That doesn‚Äôt mean, however, that the fight is over, because the his government‚Äôs commitment to casualisation is very much intact.¬ÝUnder the new rules passed with the Bill, whether a job is ‚Äúcasual‚Äù or ‚Äúpermanent‚Äù is decided at the start of the relationship between workers and employers.

That is, employers will be able to define ‚Äúcasual‚Äù work – and this doesn‚Äôt have to reflect what a worker actually does on the job. So even if you are working ongoing, regular hours, over a long period, you will not necessarily qualify as a permanent worker, with the security and rights that entails.

The implications are dire, as ACTU Secretary Sally McManus told media after the vote.¬Ý‚ÄúWhat they‚Äôve done is overturned the rights of casual workers,‚Äù McManus said.¬Ý‚ÄúThe Morrison government has stripped long term casuals of rights that they do have; rights that they have won over years in court and meaning, into the future, employers will be able to label people casual‚Äîeven when they‚Äôre not.‚Äù

So what‚Äôs the state of play?

The defence of workers was won. The fight for secure work, and to improve workers‚Äô pay, conditions and rights continues.