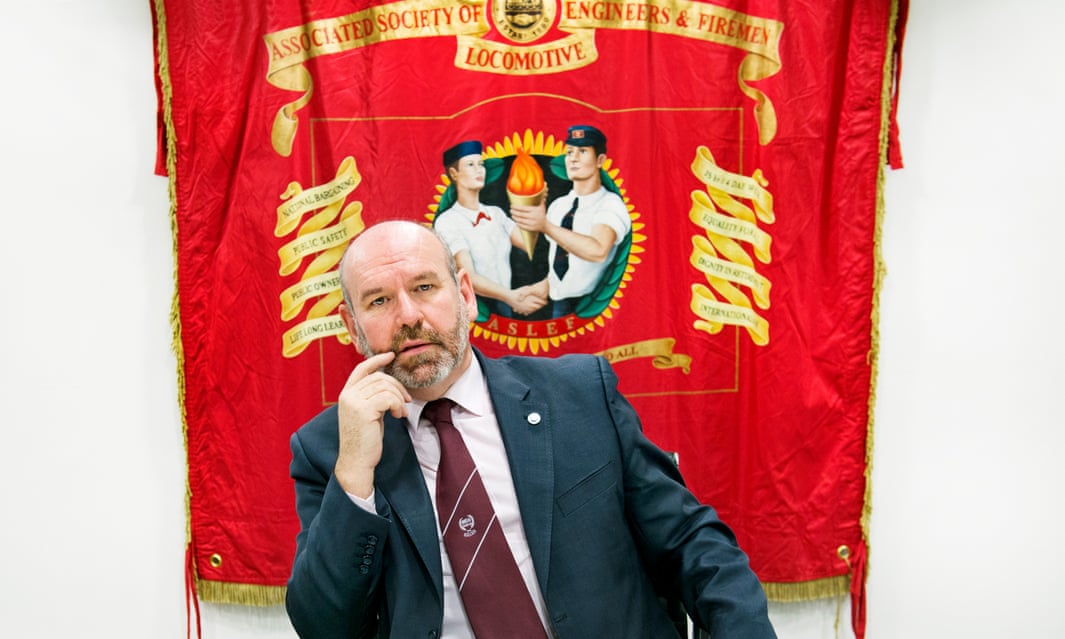 He said that this new Tory legislation would require rail unions to sign ‚Äúminimum service agreements‚Äù guaranteeing maintenance of services during strike action.

If such an agreement was not honoured, a strike would be deemed unlawful and unions could face court injunctions or damages.

Mr Whelan told Sophy Ridge on Sunday: ‚ÄúI‚Äôm at war with the ethos of forced labour, any form of indenture or slavery.

‚ÄúI think that‚Äôs what they‚Äôre trying to do. The reality is that it‚Äôs not a well-known fact that only Lithuania has worse labour laws than we do.

‚ÄúNow you want to take the actual opportunity to strike against bad employers away.‚Äù

He agreed that ‚Äúslavery‚Äù was a strong word to use and added: ‚ÄúThat‚Äôs the strength of feeling. When I talk to people not just in my industry but elsewhere, that is the feeling of how it is.

‚ÄúI think it‚Äôs a form of forced labour. We have no right to strike in the UK now, we only have the right not to be sued if we jump through a multitude of hoops that are put in place.‚Äù

Previously Mr Whelan had described the latest anti-strike proposals as a ‚Äúdeclaration of war‚Äù against rail workers.

The proposals have been widely criticised, with Labour peers condemning the plans as ‚Äúreprehensible.‚Äù

They follow widespread strike action on England‚Äôs rail network, particularly by the RMT in its campaign to protect passenger safety by keeping the jobs of guards on trains.

The government is pressing privateer rail operators to get rid of guards despite their proven role in helping passengers to safety in emergency incidents, which have included derailments and collisions.

Most recently RMT staged 27 days of strike action on South Western Railway in the long-running dispute over guards.

Operators in Wales and Scotland have reached agreement with RMT on the guards‚Äô issue.

From the Morning Star January 20th.