A raise in minimum wage is welcome, but it‚Äôs not the best we can do 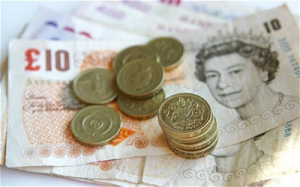 ¬ÝEd Miliband‚Äôs pledge to ‚Äústrengthen‚Äù the minimum wage in certain sectors is a step in the right direction, both for workers and the economy. But it‚Äôs not the most effective way to reduce income inequality or reverse the damage done by the coalition‚Äôs cuts.

The main justification for austerity has been that there is a structural deficit in the finances of government that must be reduced. That the policies of austerity have in fact increased the deficit came as a surprise to no-one. Indeed, austerity could have had no other consequence.

The consequence of driving down the real value of wages is not just a painful cut in the standard of living of most people (so enhancing life for the rich). It has also depressed demand causing the loss of jobs and tax revenue and making the UK one of the worst performing economies in Europe.

Britain is now as unequal as it was at the end of the nineteenth century with all the repulsive consequences: unequal life expectancies, differential physical and mental health, lack of social mobility, unemployment, drugs, crime, hopelessness ‚Äì and so on.

Collective bargaining of this kind was the policy of government for 75 years until Mrs Thatcher. It was the principal mechanism adopted in Britain and abroad to increase wages, stimulate demand and reinvigorate the economy to end the depression of the 1930s. The same remedy could be applied to the current crisis.

The reversal of government policy from 1980 onwards has caused collective bargaining coverage in Britain to plummet from protecting 82 per cent of workers in 1980 to 23 per cent today (and falling). Labour‚Äôs statutory recognition procedure had negligible effect. In western and northern Europe the average coverage remains at around 80 per cent (though, as we show in the book, in the name of austerity, collective bargaining is being undermined elsewhere in Europe).

The restoration of collective bargaining goes beyond stimulation of the economy. The loss of its protection has never been felt more keenly than now with a million people on zero-hours contracts, permanent full-timers being substituted by temporary and agency workers, 3 million being denied protection from unfair dismissal by the increase in the qualifying period, and all 29 million workers finding their way to an employment tribunal restricted by a fees hike.

Collective bargaining is the only way of giving workers an effective voice and power to prevent injustice in the workplace.

But there is also a legal imperative that underpins the economic and social case to rebuild the wasteland of collective bargaining.

Whether the government likes it or not, the UK (like other countries) has obligations to promote collective bargaining under international treaties signed by both Labour and Tory ministers since the end of the Second World War.

A fresh start is required and a much more ambitious collective bargaining strategy, based on what we once had and what successful European economies still have.

We propose multi-employer agreements that apply throughout each industrial sector, laying down terms and conditions that apply to every worker, whether or not their employer recognises a union. Enterprise level bargaining can still take place but on the basic floor established by the sectoral collective agreement.

The sceptics will say that it is all too difficult. But we have done it before, in the 1930s when wise minds realised that the crisis of the time could be solved only by raising wages, and that the only way to raise wages was to strengthen the collective bargaining structures first established by Parliament during the First World War to deal with the problems of reconstruction.

To achieve it will require the same commitment to the use of state resources today as it did then, most notably a commitment to create the structures within which collective bargaining takes place, to ensure that employers take part, and that the terms of collective agreements are observed. It is a big challenge. But there really is no alternative.

This entry was posted in Sustainable Economy and tagged Labour Conference 2013, the minimum wage